Attending the Consumer Electronics Show (CES) in Las Vegas reminds me of the years my grandfather took me to see the Ringling Bros. & Barnum Bailey Circus as a young boy. There was so much going on that it was difficult to concentrate on a single ring of activity. It was also loud and crowded and occasionally didn’t smell quite right. But every now and then I saw something  magical that I couldn’t wait to tell my friends about.

That’s how CES felt to me the first time I attended over a decade ago, and that’s how it felt again last week while representing Puget Systems in Las Vegas. We participated in events held by both Intel and Fractal Design. We sent a gaming oriented PC to the Intel party held at The Palms Hotel and Casino. The suite in which the Intel party was held had a basketball court, massive hot tub, open bar and DJ area. I have the photos to prove it but I’d also like to keep my job and maintain my marriage so I'll post the one I took of the court. 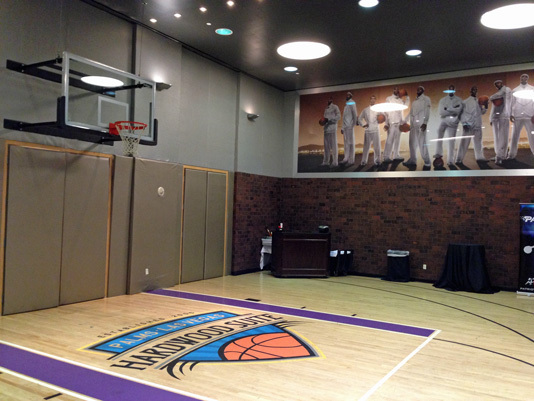 Puget Systems also provided a Genesis II Quiet Edition workstation for the Fractal Design suite at the Hard Rock Hotel and Casino. Josh and his team at Fractal put together a video discussing this workstation if you’re interested. Fractal Design referred to their suite as the place to “Come and Chill” and chill it was as they streamed video and audio programs highlighting the interesting products they found at CES.

You could spend several weeks trying to see every booth, tent and party at CES and, unfortunately, I only had a couple of days to see the show. Besides computers, I love cars and some of my favorite booths showcased new, mostly electric vehicles along with a plethora of new auto technology. BMW showed off it’s i3 electrical car that looks better in person than any pictures I’d seen on the web. Audi showed off a technology called Traffic Light Assist that predicts when lights will turn green and presents that information to the driver through a traffic light icon on car's console display. 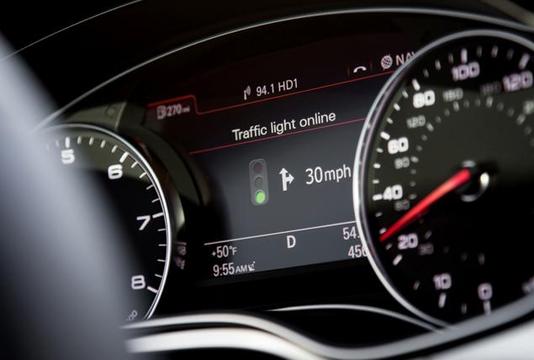 It seemed like many visitors were expecting CES to launch the arrival of wearables along the lines of the Pebble or the Samsung Galaxy Gear which have failed to find a market outside the early geek adopters. It felt as though many was chasing the Fitbit wellness tracker with funky designs and colors that added little in terms of new features. This is one area of tech I was excited to see, but came away mostly disappointed.

I saw robots and vacuums and robots that could vacuum. But I saved the coolest product I saw at CES for last. This is the only product I saw that I wanted to buy immediately, and it’s called the 94Fifty Smart Sensor Basketball that’s fitted with a Bluetooth sensor and promised to improve my game. The indoor/outdoor basketball connects to an iOS app to track your dribbling speed, shot speed, shot backspin and shot arc. I could totally see myself shooting buckets in the backyard with my son until he beats me at H-O-R-S-E and I kick the $249 wonder ball down the road in disgust. 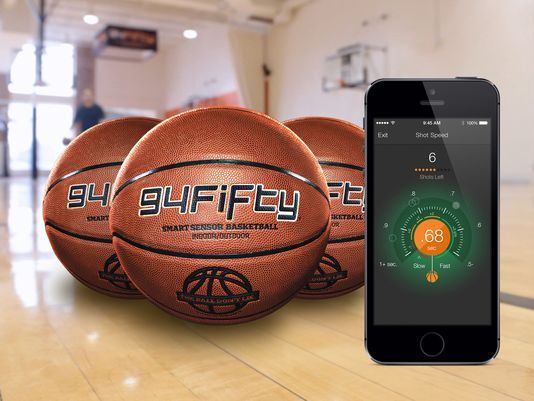 Of course I saw some amazing and massive displays that wouldn't fit in my home, stereo components that cost more than my home and even a few unusual laptops from companies I can't pronounce. But this isn't the show to attend to see the latest in computer technology. No, the reason to attend CES is to search out the odd, the wacky and the products that have no business ever making it to market.

And like the circus, once you’ve seen one CES,  you’ve pretty much seen them all. But it’s absolutely worth attending at least once in your life.