A few months ago my car wouldn’t start. I narrowed the problem down to the starter motor. After doing a little research online, I decided I could perform the repair myself. I ordered the motor and expected the replacement to take a couple of hours.

If you’ve ever replaced a starter engine, you know that getting to the starter is often the most time consuming part of the project. It didn’t take long to realize the tools I had on hand were not tailored for the job.

I’m a lot more comfortable around computers than I am cars. But I figured with detailed instructions in hand, I’d have my car up and running soon. That wasn’t the case. 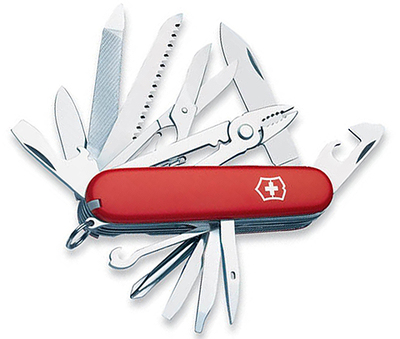 Each day I speak with customers who come to Puget Systems because they need a computer to perform a very specific task. Here are few examples:

One major benefit of the PC platform is how each system can be tailored for a specific task. Many programs work best with certain processors or graphics cards. Likewise, some server tasks require fast drives and a lot of RAM. You don’t want a computer that’s built for gaming running your web server. That’s not the right tool for the job.

A few hours into my car repair it was clear that, while I owned a number of general purpose tools, I didn’t have those that would allow me to replace the starter. I made a call to a friend who is more comfortable around cars than computers. He showed up with a bag of tools, most of which I’d never seen before.

Within the hour, my car was running again.