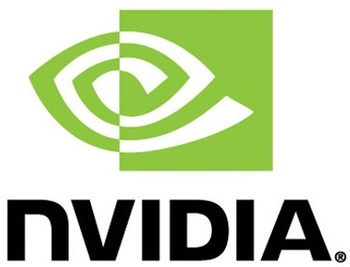 NVIDIA announced their next-generation Pascal graphics processing unit architecture at GTC in April, and debuted the first GeForce video cards based on Pascal GPUs this past Friday. If NVIDIA’s claims hold true, the GeForce GTX 1080 and 1070 will provide a tremendous improvement in performance over the current models - indeed, one of the largest generational performance increases we’ve ever seen in video cards. This has a lot of folks excited, and I’ve responded to several questions from customers over the last few days regarding these cards. In an effort to help a wider audience who probably have similar questions, I’ve put together some of what we know at this point about the upcoming GTX 1080 and 1080 graphics cards. I’ll start with what is by far the most common query I’ve had:

When will Puget be offering the GTX 1080 and 1070 video cards in your systems?

During the debut event on May 6th, NVIDIA’s CEO Jen-Hsun Huang said that the GTX 1080 will be launching on May 27th. That is when we expect to be able to begin offering them for sale, but we do not yet know what product availability will be like. Sometimes there is plentiful supply of new hardware at launch, other times there is a limited amount with additional parts trickling in over the following weeks or months. We will know more when the 27th draws closer, but if you want to be the first to get a system with one of these cards it would be good to plan on ordering on or very soon after the 27th.

At the same event, the GTX 1070 was said to launch on June 10th. The same caveat about actual supply applies, of course.

We don’t yet have engineering samples on hand from NVIDIA, so I cannot give a definitive answer. During the live presentation about the GTX 1080, though, NVIDIA claimed “2 times the performance and 3 times the energy efficiency vs the Titan X”. That appears to be a cherry-picked data point, specifically related to virtual reality usage. Looking at the charts that were shown in the background during the presentation, it appears that they put the 1080 at least 60% faster than the 980 in games and even higher in VR. Setting aside the VR results, that would make it about 20% faster than the 980 Ti and Titan X, while using less power than either of those and having more video RAM than the 980 Ti (though less than the Titan X).

The GTX 1070 had fewer details provided, but NVIDIA’s CEO did say it is “faster than a Titan X”. I suspect this is, again, specific to VR applications - but based on the few details released it looks to be about 75% of the speed of the 1080. That will put it comfortably ahead of the 970 and 980 cards, and in the same performance ballpark as the 980 Ti and Titan X. Like the 1080 it has more video memory than the 980 Ti, and price-wise is far below the 980, 980 Ti, and Titan X. It is worth noting that the launch price will be higher than the current 970, though, potentially leaving room for that card to remain relevant until other models in the 1000-series come out.

So gaming and VR performance will be great, but what about compute performance?

Again, without actual samples on hand to test I cannot answer this for certain - but I can draw conclusions from what we know of the Pascal architecture and previous generations of GeForce video cards. In terms of single-precision (FP32) performance, the GTX 1080 and 1070 should be amazing. GeForce cards have historically done well in this area, with performance curves that closely match gaming / 3D results when comparing between different GPUs. The increased amount of VRAM also helps, of course, though the Titan X still holds a lead there which may keep it the best choice for some applications.

Double-precision (FP64) performance on the Pascal architecture as a whole is much improved compared to the current Maxwell based video cards, and even the Kepler generation, but here we may possibly see GTX 1080 and 1070 cards artificially handicapped. In the past, GeForce cards have often had only a fraction of the FP64 performance of Quadro and Tesla cards within the same generation / architecture - and I worry a similar limit may exist on the 1080 and 1070. If this level of compute work is what you do, you may want to wait for Pascal to work its way into the other GPU lines that NVIDIA produces... but for molecular dynamics and machine learning code, which are mostly single-precision, performance on the 1080 and 1070 should be great.

What are the “Founders Edition” variants NVIDIA mentioned?

This was a bit of a mystery, but the fine folks over at Gamers Nexus have shed light on it. Traditionally, NVIDIA would make a standard video card and cooling (heatsink & fan) layout for each of their models - which became known as the ‘reference design’. Companies that actually manufacture video cards, like Asus and EVGA, would offer models using the reference style cooling as well as alternate versions with their own in-house cooling solutions. These customized cooling setups tended to focus on improving cooling and / or reducing noise, but often at the cost of venting the video card’s heat back into the system instead of out of the computer like reference coolers tended to. 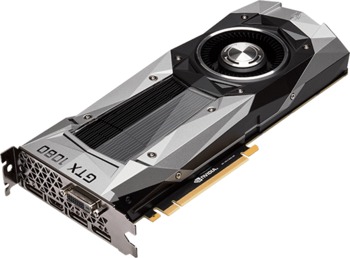 With the GTX 1080 and 1070, it appears that NVIDIA is going to offer GeForce cards for sale directly to customers. These will use their reference design cooler for this generation, which visually looks like a more angular version of the cooler that has been used on the 980- and Titan-series cards. This is what they are calling the “Founders Edition”, and they are pricing them toward the middle of what they expect the overall range of cards to be. This will keep them from undercutting their manufacturing partners, but beyond that I am not clear on what benefit this provides to either NVIDIA or customers… or indeed why NVIDIA chose to go this route, rather than just leaving the manufacturing and sale of video cards to their partners as they have in the past.

Physically, the Founders / reference style 1080 and 1070 cards should be almost exactly the same size as the cards they are replacing in the 900 series. In terms of power draw, the 1080 looks to pull slightly more power than the 980 but less than the 980 Ti / Titan X; I am unsure about the requirements of the 1070 at this point. Overall, though, I see no reason why any system currently housing, powering, and cooling a 980 or higher would have any trouble with one of the new models. There may be some edge cases where a computer that is at its limit powering a 970 might not be able to step up to a 1070 safely, but no configurations we offer here at Puget Systems are so close to their limits. I cannot speak for other system builders or home-built computers, though.

Finally, for those who want a recap of the May 6th debut, NVIDIA Gaming Network has put out a condensed, 3-minute version of the hour-long live stream. This is definitely worth watching to get a feel for the vibe NVIDIA is putting out about these new cards, as well as brief coverage of some of the new graphics technologies they are introducing with this generation: