Back in July of 2009, Windows 7 took over from the much-maligned Windows Vista. It has been widely received as one of Microsoft’s best operating systems, nearly as well liked as Windows XP. All good things must come to an end, though, or so it is said - and Windows 7’s end is nigh.

In fact, Windows 7 Home and Ultimate versions have already been unavailable for a while, with just the Pro version holding on. Microsoft will cut off shipments of 7 Pro licenses to distributors later this year, after which it will only be a matter of time until distributor and reseller stock runs dry. When that happens, we will no longer be able to sell systems running Windows 7. We know a lot of users like this OS, though, and some even have hardware or software they use which won’t work correctly on newer releases... so we wanted to do our best to provide advanced warning, to give customers who need it a chance to purchase Windows 7 systems now while we can still offer it. 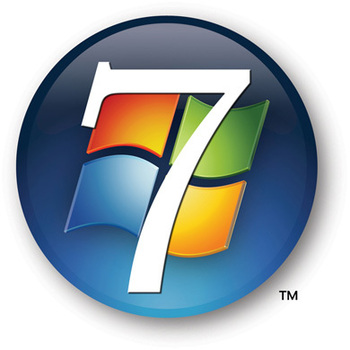 I should also note, though, that Windows 7 has been fading for the past year now. We are already running into new hardware that won’t work properly with Windows 7 for one reason or another: drivers not being written for an OS that is now two generations old, lack of a CD/DVD drive (which is needed to install or repair Windows 7), etc. For example, as of this writing our current Traverse Pro laptops don’t support Windows 7. Additionally, the switch from EHCI to xHCI in newer Intel chipsets complicates installation and use of Windows 7 on some systems.

Windows 7 is also not getting updated with the latest tech, like DirectX 12, and will only have security updates through January of 2020. That means that even today, while we can still put Windows 7 on many of our computers, those computers have a limited lifespan before updates will no longer be produced by Microsoft to keep them secure. Windows 7 Pro is also limited to using 192GB of memory, but we often build high performance computers and servers with 256GB or more these days - which requires Windows 10 Pro, Server, or a variant of Linux to utilize fully.

So what can folks do if they need a computer that runs Windows 7? Here are some options:

Purchase a system before supplies of Windows 7 Pro licenses run out. We will continue to list and sell it as long as we can get supplies of legitimate licenses, but over time I do expect hardware support to erode further. If you don’t see Windows 7 listed as an option on one of our configure pages, it probably isn’t compatible with that sort of system. Even on our full, custom configure pages there are going to be hardware combinations which don’t work well with Windows 7, so if you have any concerns about that please check with your consultant before ordering.

Install Windows 7 inside a virtual machine, on a system running a newer version of Windows (or even Linux). This requires that you have or procure a valid Windows license, but it gets past hardware incompatibilities by not running directly on the hardware in your computer. Instead, the virtual machine program presents a faked set of generic hardware, allowing for easy installation of almost any operating system. This also lets you run software in multiple different operating systems at the same time: the host OS (the one actually running directly on the computer’s hardware) and whatever number of virtual machines you want to have going at a time. You could have the best of both worlds, with Windows 7 running inside Windows 10! The host OS is also insulated from anything bad happening inside of the virtual machines, making this a great way to do software testing or more risky computing.

There is a downside to using virtual machines, though. Because the OS running inside one does not have direct access to the computer’s hardware, performance is slower than it would be normally. This isn’t usually a big deal in terms of CPU speed or RAM, and you can even control how much of those resources are available to the VM, but it can be a big issue with graphics performance. Games and other heavily 3D programs usually won’t run well inside a VM, though advances are being made to allow partial access to hardware resources from inside some VM software.

Some popular virtual machine programs include:

Use Windows Downgrade Rights. This is an option we can’t do for you, and unlike using a virtual machine it is limited by hardware compatibility, but it will give advanced users an option to continue using / installing Windows 7 Pro even after licenses for it can no longer be purchased. You can find more info about it on another blog post we published recently.

Upgrade your software / peripherals. This may not seem pleasant because of the potential cost and need to re-learn how to use newer versions, or even completely different programs, but it can often be the simplest option in the end. It isn’t always an option, if a software vendor is behind in updating their programs, but if it is then upgrading may end up saving time and effort in the long run compared to trying to get Windows 7 shoehorned onto modern hardware (especially once licenses for it are no longer available).