Everyone is a Creator

My 12-year old daughter recently returned from a weeklong trip to Boston. Her friend invited her to join their family as they visited various sights around this historic city. They visited an aquarium, several museums and threw tea in Boston Harbor. Her favorite stop was a tour around Old Salem that concluded with a visit to the Salem Witch Museum. Before she returned home, she purchased a number of trinkets for her siblings that included a mini Declaration of Independence she set aside for her old sister.

How did I find out about these details from her trip? Snapchat.

I assumed she'd be sending me pictures over iMessage each day.  Or maybe texting me her location and plans for the the day. I was crazy enough to think she'd call me when she got back to the hotel. But none of that happened because she was busy capturing her trip through Snapchat stories which is a mix of a video, pictures and text. After watching a few stories, I realized she'd spent considerable time creating a digital memoir for herself a few close friends.

It's never been easier to create.

My son isn't interested in playing most computer games, but he loves running his own Minecraft server. He and a few close friends build cities and structures and a few contraptions full of TNT I don't understand. Creating his own world, set to his own music in Minecraft is what interests him the most. Why play someone else's game when you can create the game yourself?

The learning curve for many basic creative tools has been reduced to an app on your phone. A few swipes and your pictures, video and music come alive and are customized just for you.

Before you flame me, I understand that an app on a phone isn't going to replace the skills of a professional photographer. Video pros like Mike Pecci don't need to worry about the Minecraft and Rubik's Cube videos my son uploads to YouTube. The skills a person working in post-production today take many years to build and refine.

But tools anyone can use to create content are important because the expose the craft and creation process to a younger generation. My 8-year old son has been creating videos of him playing games with friends for two years, and you can't tell me that doesn't give him a headstart in this regard. He finds inspiration in other kid who have created popular YouTube channels and copies what they do.

I'm reminded of groups like the Beatles and Ramones. Kids saw them play live music and went away not just wanting to listen to music but create their own. YouTube and the like are creating a lot of "Ramones" that inspire kids to create their own music, their own games, and their own worlds. And just maybe, their own business. 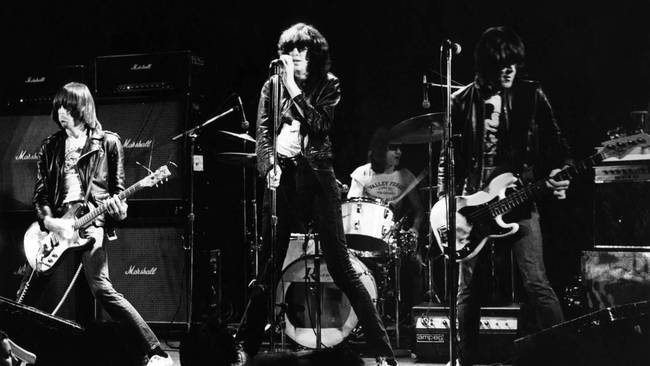 I recently worked on a case study with Rob Vomund of Vomund Photography. Today he makes a living taking photographs for interior designers, architects and land developers, but he caught the photography bug when his parents purchased a camera for him as a teenager. Although he spent two decades running a software business, he returned to the hobby he learned to love as a teen.

Elementary aged kids using Snapchat or Instagram today might be using Photoshop or Premiere in a few years. And that's news to my ears because I'd rather see them creating videos for YouTube than watching TV. Not to mention the ability to create and edit video is a valuable skill that could serve them well down the road.

I finally installed Snapchat and will be better prepared for the next time one of my kids takes vacation. That is, unless they're on to some other app I've never heard about.