A Weekend of VR Gaming

I’ve never been much of a PC gamer, but when I do play games, I prefer to game on consoles because I like the handheld controls much better than keyboard and mouse. Even then, it seems like when a new console system comes out, you buy it, play it for a bit, and then never turn it on again. I’ve had just about every iteration of Nintendo console (yeah..I can hear you all laughing!), a few PlayStation models, and a few Xbox models throughout my life. In fact, my Xbox 360 is currently collecting dust with about 6-8 still in shrink wrapped games I purchased, but never bother playing.

Where has all my time gone… 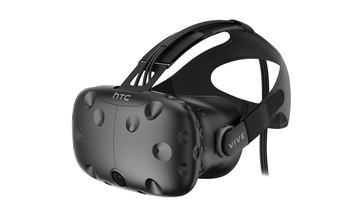 Yeah, they take up all my time now. In fact, I’m now relegated to playing quick mobile games when I have some time on my hands. I’m big into Clash of Clans.

Since I work for Puget Systems and have access to some cool stuff, I had been “demo-ing” the HTC Vive and Oculus Rift at work. Remember the Nintendo Wii and how it revolutionized gaming at the time? I was one of those that got up early in the morning and stayed in line for hours to get my hand on one. It ended up being one of the best purchases I made because I kept playing with that console for quite some time.

I had the same feelings toward the HTC Vive with its controllers and room scale play. However, plopping down $800 for the Vive is a lot more than $250 (at the time) for the Wii. I had to make sure. So, I borrowed the HTC Vive for an extended weekend to see. I wanted to find out whether it was just “newphoria” as well as how my wife and kids would like it. The results were quite interesting.

First of all, my son enjoys video games and can spend hours on end playing them. Of all the family members, I thought he would really enjoy it the most. He initially enjoyed the VR experience, but mostly to things that were relatively easy to play. Basically, Job Simulator where he liked to throw things around or slice fruits with ZenBlade. Toward the third day, he didn’t particular care for it.

My daughter, on the other hand, was the one that was most interested in VR, alway asking me to set it up for her every day so she could play. She likes to draw and color so Google Tilt Brush and SculptVR were her favorites. The most interesting part was that I tried to make the instructions on how to use the different feature basic for her, but after I showed her how to use the controls (in particular with Tilt Brush), she was changing colors, brush styles, and scenes like an expert. I was amazed how quickly she picked it up as she is only 5 years old! 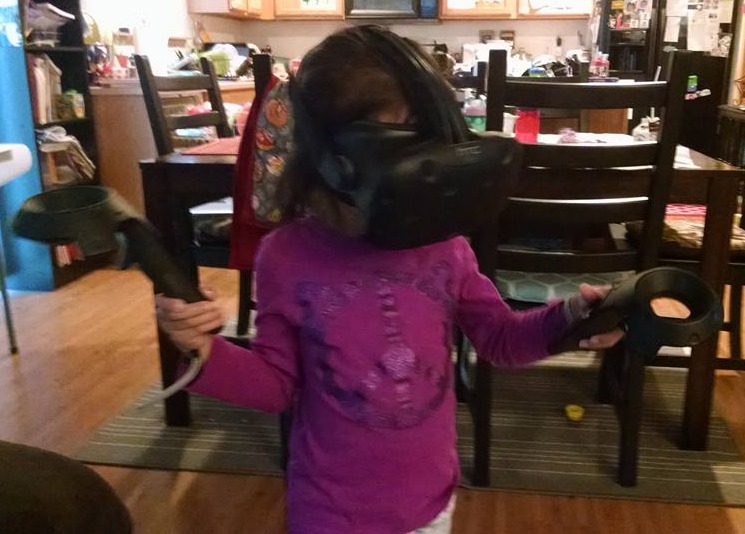 My wife liked playing The Brookhaven Experiment and Space Pirate Trainer, but was too busy doing mommy things that she didn’t have much of a chance to play nor was she at all enamored with VR gaming. I thought I would have more time to play as well too but I spent most of the time setting up the VR and switching it out between the kids as well as doing other chores.

So in the end, I decided not to get my own Vive because I don’t think we would end up playing it very much. Besides, it’s so much cheaper to give my daughter a piece of paper and some crayons!