"I don't know where to begin."

That's what I told Beth, who was working the counter at my local auto parts store.

I sheepishly placed a sleek can refrigerant on the counter and began to explain my predicament. I purchased a refill because I already owned a pressure gauge, I assumed it was compatible with any can. I found out that isn't ​the case when I tightened the gauge and heard the stem pop. 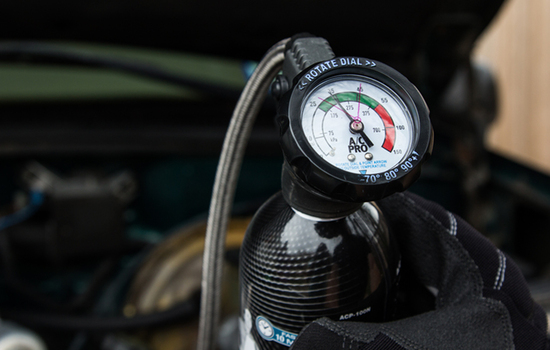 I was about to ask what can of refrigerant I should use with my gauge, but Beth was already scanning the can into her computer.

"I don't have a receipt", I told her. "That's OK", she replied. She typed a few things into her computer and then asked if I drove the car that needed an AC recharge. When I told her the car was outside, she grabbed a new can (with new gauge) and said, "You can't be driving around in this heat without cold air. Let's go take care of this right now."

I popped the hood on my Nissan Maxima, turned the ignition key,  and set my AC to high. Beth located the low-pressure cap, gave the can a few vigorous shakes and began recharging the AC. Within a few minutes, I had cool air shooting through my car.

Car repairs are not my forte. What I know about them I've learned from YouTube, which can be hit or miss. This was a simple repair that cost under $50, but the level I service I received was unexpected.

Before I left, I told Beth how much I appreciated her kindness. I told her that I don't know a lot about cars, and she told me that many people that come into the store know a lot more than she does about cars. Her words put me at ease. She then said something that's been on my mind ever since.

"Nobody stops by because their car is working. Almost everyone that comes through the doors is trying to solve a problem. My job isn't to sell them something; my job is to find a solution to their problem."

I drive past two competing auto parts stores on the way to this one. But neither of them have Beth.