You’re a company using FedEx and UPS to ship out your most valuable cargo… what’s your worst nightmare? Raise your hand if having a shipment taken on a joy ride was your answer.

Didn’t think so, but if you can believe it, it really happened! On Friday, July 6, a man stole a FedEx truck in Bellevue (east of Seattle) and took for a wild ride across Lake Washington into Seattle. As the story goes, a FedEx driver left his vehicle parked at Lincoln Square with the keys still in it. Moments later, the thief jumped in the driver’s seat and took off down Bellevue Way with the back door open! As the thief drove recklessly, police say packages flew all over the road.

Fortunately for storytelling sake, local news crews were on site as soon as police were able to pull the truck over near Seattle’s Colman Dock… and guess what? Two Puget Systems’ computers were on that truck out for delivery! Look closely at the photo… you’ll notice the Puget Systems logo on the left side of the truck.

The two computers were headed to Bellevue, but as you now know, they took a detour. I reached out to the customer who purchased these two particular computers, and little did she know, it was her delivery on board!

“Oh my gosh, I didn’t realize this happened at all!“ she said.

She sent us photos of the computers (which she still hasn’t unboxed due to moving offices), but as you can see, they appear to have arrived just fine. 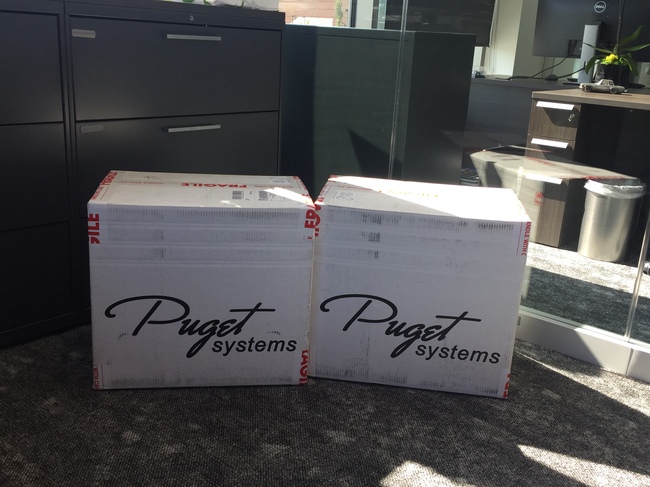 Thankfully, our computers stayed put in the truck! But can you imagine how bumpy that ride was?! We’re not surprised our boxes withstood the joy ride.

We take extra care when packing each and every computer. For this particular build, a Puget Serenity, we package each one with double boxing AND foam corners. 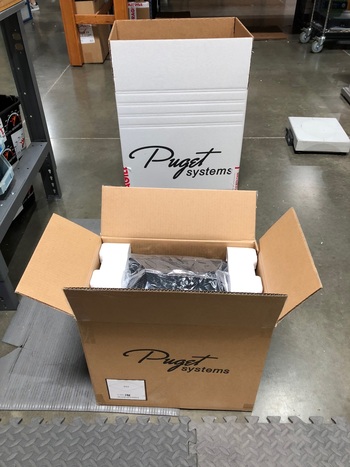 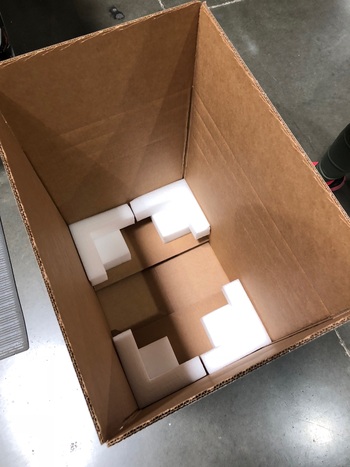 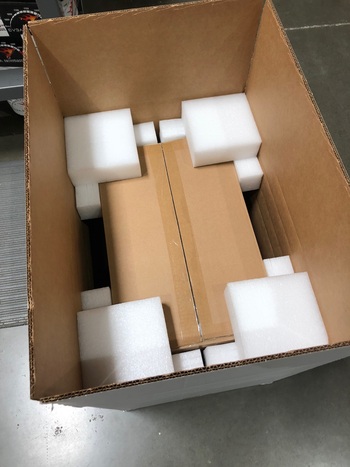 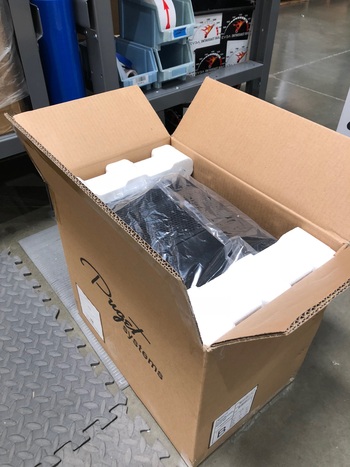 Inside the computer is custom, acrylic CPU cooler support which also protects all of our systems during shipping to ensure nothing moves around inside your computer. With so many of our computers containing heavy hardware such as video cards… imagine what would happen if something came loose! 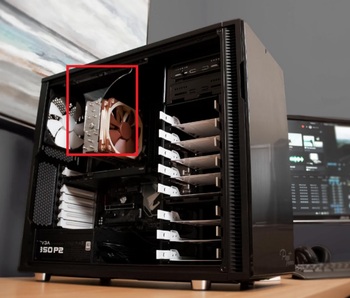 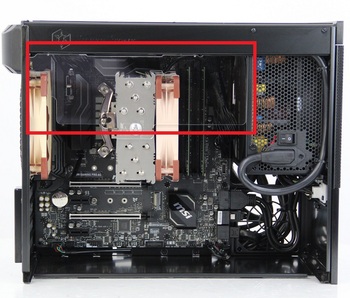 Of course, if something does come loose in your system during delivery, please reach out to us right away. 425-458-0273.

If you have any interesting stories to share about your Puget Systems computer(s), don’t hesitate to tell us all about it and we’ll be sure to share it!