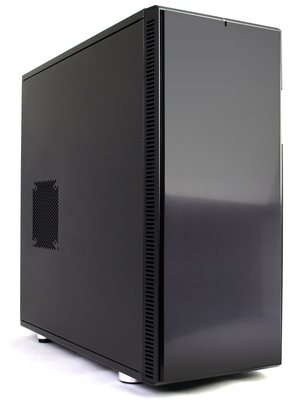 Editing video at 4K resolutions is quite demanding on computer hardware. Not only are powerful processors needed - often a pair of Intel Xeons is used - but a hefty video card, large amounts of RAM, and both fast and spacious storage systems. All of the performance in the world can only go so far, though: to get the best results you also need to be able to see the full 4K video stream as you are working on it, for which of course you need a 4K display.

We have an excellent article about what it takes to run a 4K monitor, which may be helpful to editors who find themselves in this situation.

Higher resolution standards are also out there in the video field, and as time goes by I'm sure we will see even higher resolution screens coming on the market. 4K is what most digital projection setups at movie theaters are now, though, so the standard is well embedded - and should be around for years to come, only gaining in popularity as home TV sets start to move that direction as well.

With that in mind, this featured system is equipped with the core specifications needed to handle editing such footage. Remember that 4K video is four times the resolution of 1080P, the current HDTV & Blu-ray standard, so in order to work with it at the same speed you need four times the processing power. More RAM is also important, both at the system level and on the video card. Some editing programs actually make heavy use of the video card to speed up performance; both Adobe Premiere Pro and Sony Vegas Pro as good examples of that. Other popular editing applications use the video card less, but may still have very specific requirements about what video cards will work. For example, Avid Media Composer's system requirements list a professional-grade Quadro video card.

In addition to quadrupling processing performance, disk read and write speeds also need to increase. The exact speeds needed depend on the format of the video - what codec and bitrate, etc - but they can easily be beyond the capabilities of a single hard drive. In the past, multiple drives in a RAID setup were a common recommendation to overcome those limits, but with the continual advances of solid-state technology a single SSD can often provide the speed required. This comes with a trade-off in cost and capacity, but reducing render times is usually worth the added cost - and capacity concerns can be alleviated by either keeping inactive files on additional, slower storage (like traditional hard drives) or putting SSDs themselves in arrays.

All of that hardware adds up in terms of performance, but also can generate a fair amount of heat under heavy load. For those who are working extended hours at their computer, we offer options for quieter workstations than most other system builders out there - as the choices related to the case, cooling, and power supply on our Genesis II Quiet Edition demonstrate. This featured system is built on that platform, providing excellent 4K editing and rendering performance without the noise level often associated with high-end workstation computing.