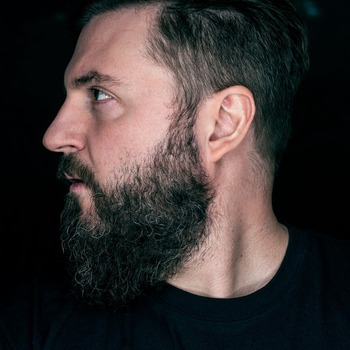 Classically trained as a silent filmmaker and cinematographer, Mike Pecci then spent over 19 years forming and running a production company that has produced award-winning content for brands like BOSE and Sam Adam’s, and music videos and treatments for artists like the Wu Tang Clan, Lucius, Killswitch Engage, CZARFACE and MESHUGGAH.

His two recent acclaimed short films, the Russian sci-fi epic “12 Kilometers” and the Argento inspired thriller “Who’s There” are both currently in development to be featured.

His acclaimed podcast IN LOVE WITH THE PROCESS gives listeners an inside look into the entertainment business while giving honest insight into what it's like to leave a 9-5 job and follow your dreams.

Mike utilizes many camera models from various brands. He believes one should use the best tool for the job, and doesn't feel beholden to specific camera brands. Whatever model works best for the situation is the one he will employ.

In terms of software, most of his editing is done in Adobe Creative Suite. His familiarity with this suite of tools helped Mike make a  transition from the Mac to a Windows workstation a few years ago. He's worked in Photoshop for many years and is still blown away at what he can create with it.

Puget Systems is always on the lookout for what works best and for the best price. I never feel they are trying to sell me whatever inventory needs to push that month. It makes me feel like we both created a monster machine built for my needs.

Mike's workflow includes working in multiple formats of video and audio that can bring a general-purpose Mac or PC to its knees. When he's creating a new music video, it's not uncommon for him to have rough edit sequences with over 50 tracks of video which can result in stutter during playback on a general-purpose computer.

When the computer can't keep up with his workflow, the stutter not only slows the sequencing but cripples the creative process.

Another issue Mike had was with how Apple restricted access to certain parts of the operating system. Sometimes it would take forever to find a default project save file, and he'd end up searching forums and hacker threads for help. When he followed Apple's rules, things fell into place but that's not how Mike is wired. In his own words, "I make the rules on a project, not my tools!"

I hate playback lag. You will hear me yelling and cursing from the editing room when that happens.

Because Apple had a strong anchor into the film industry for many years, Mike initially got his start using Mac towers. At the time, standard codecs could only be rendered on the Mac and other post-production houses used them exclusively so project drives had to be Mac formatted.

Even though he felt Apple inflated their prices, he was resigned to using Mac hardware until software updates began rendering the hardware useless. Adding to this frustration was the limited hardware selection and support.

Knowing how much He dislikes waiting around for his computer to finish a task, he worked with Puget Systems to configure a workstation that would allow him to focus on the creative process instead of worrying about his tools.

Once Apple began releasing updates that rendered the hardware useless, that was it. I turned my back on them forever, found Puget Systems, fell in love, and haven't looked back since.

Puget Systems and Mike began collaborating nearly five years ago, and the relationship has benefited both parties. Mike has helped Puget Systems understand the needs and challenges of the professional film director while Puget Systems has used its hardware knowledge to craft workstations built for this demanding audience.

Mike mentioned that he appreciates that Puget Systems is run by real people who love creators as much as they do computers. The collaboration between both parties has been mutually beneficial.