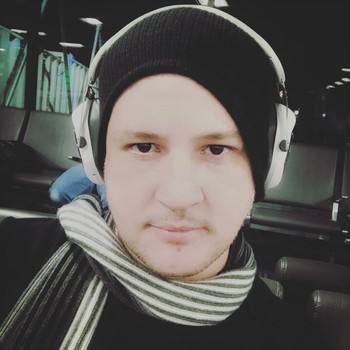 Justin Lassen is a composer, producer, multi-instrumentalist, and remixer. Since an early age, he's been fascinated with the technology of recording whether that was on a boombox or karaoke machine. The ability to record audio and then hear it playback using basic effects like echo and reverb captured his curiosity.

To Justin, the audio was magic, and that influenced him to get more deeply involved with it as a teenager and beyond. He wanted to learn to play as many instruments as he could record, and he didn't need a band because he could create sounds and songs all on his own. He also was a choir boy and would spend his nights layering his voice thousands of times until he'd created a realistic sounding choir from his bedroom.

Fast forward to today and Justin used those early experiments to open doors in remixing and composing that has allowed him to become his own producer which he loves because he gets to "call all the shots" and make the final decisions in how the audio is mixed, mastered, and delivered.

The video below is Justin's "Synaesthesia" album where he collaborated with some of the top visual creators, painters, and concept artists to bring their paintings to life through ambient music. This turned out to be one of his favorite projects and it garnered a lot of notice, attention, and fans.

Justin can do a lot of his work "in the box" or utilizing sample libraries which have become prolific over the past decade or so. He still enjoys breaking out his Roland synthesizers and tinkering with analog synthesizers. As one might expect, he relies on many different types of microphones, from standard stereo to ambisonic for spatial audio used on visual projects.

When asked about Digital Audio Workstations, Justin said he's become agnostic to them and prefers to learn the pros and cons of each to make it easier to collaborate with other artists and companies. Each software platform has its own unique advantages, and Justin incorporates them in different ways to create unique sounds. His work has been featured as the flagship demo song in many different DAWs over the years, including the main demo song in PreSonus Studio One 5.

Dealing with the technical challenges that arise when producing audio comes with the territory. In Justin's case that includes working around memory and CPU limitations of former computers. When he would load dozens of samples into a session, and the CPU couldn't handle the load, he was forced to "bounce down" tracks instead of allowing it to play in real-time.

Justin mentioned that he's seen significant progress in overall computing performance. He used to be limited to playing a max of eight tracks at a time a few years ago, but his new workstation from Puget Systems is able to handle hundreds of tracks in a single session without breaking a sweat.

Over the years, Justin has used many different models and brands of computers, ranging from Apple IIe to Windows 3.1 all the way to Windows 10 today. He even used a MacBook Pro while he was doing work in Logic Pro. He came to Puget Systems in search of a workstation that had a lot of memory, storage, and strong CPU performance to handle not only his audio but video game production.

At Puget Systems, we pride ourselves on speaking the language our customers speak. Some people come to us with a problem, and we work with them to recommend a solution that meets their budget and needs. Justin came to us with a good knowledge of modern workstations along with what he wanted to accomplish with a new system. He wanted enough overall performance so that he wasn't forced to "bounce down" tracks while crafting a session. He worked with Puget Systems to configure a system with a lot of memory, storage, and a CPU with a high core-count and high clock speed per core.

My new Puget Systems computer works really well on big projects and large sample libraries. Because of the drives they put into it, I can have terabytes of instruments available at my fingertips! Everything loads fast and I've been able to get a lot of projects done with my new workstation!

Having worked with Puget Systems in the past, Justin was familiar with what it takes to customize and build a custom workstation. Working with a sales consultant at Puget Systems gave him the confidence we could deliver a system that met or exceeded his needs.

In the end, Justin ended up with a system where he could load as many tracks into a session as needed without a hit to performance. He also mentioned how he is now able to jump from a film project to a game project to a music project without any delays and all on the same computer. He's now able to score to picture and create blueprints and edit audio for video games which he says, is pretty cool.