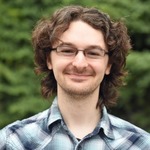 Philip Davis is a Media Technician for the Believers Fellowship church located in Gig Harbor, Washington. He's been attending this congregation for nearly 20 years. Over the years he's volunteered his services in a number of different capacities ranging from music services to content creation. His technical skills make him a prime candidate for handling the church's computer, video, and audio equipment.

As Believers Fellowship has grown in membership, the ability to reach followers through live and digital services has taken on greater importance, especially as the world battles a pandemic. In short, Davis' primary goal is to facilitate spreading God's word to those followers in person or through streaming services.

Producing a church service requires a mix of hardware and software coming together to create a compelling product. Among the hardware that is part of Davis' workflow are the following:

Davis mentioned that most of his technical challenges come down to managing the communication between devices or devices and people. While growth is a welcome result of providing quality services, it also presents a set of challenges. These challenges include taking extra precautions in handling, storage, and use of all the technical gear it takes to create a service. This is particularly difficult during a pandemic so keeping staff and volunteers flexible and safe is critical. They have also begun to outgrow their humble media booth, which will need an expansion in the future.

In the past, Davis has used computers from HP and Apple, and one that was built by a local company. When he began working with Puget Systems, he wanted to be certain the streaming functionality would not fail and could handle future decisions as he weighs the value of BoxCast versus other streaming services and platforms. An unstable or sluggish streaming machine wasn't going to make anyone happy.

In an increasingly digital and reputation-based world, you stand among the best if not the best.

Puget Systems worked with Davis to design a workstation that would serve as a dedicated streaming machine. Not only would it need to handle the church's growing streaming demand, but it would provide peace of mind and an eye to the future when Davis is asked to add new features to the church service. Having a technically sound and stable platform from which to steam was a priority for the new workstation.

Using the template provided by our Recommended System for Live Streaming, Puget Systems recommended a powerful Intel i7 9700 8-core CPU, 16GB RAM, Elgato 4K60 capture card, Samsung 970 EVO SSD, packaged in a tidy Silverstone case. Each component was selected with the goal of providing a stable and high-performing streaming experience. Even the Noctua CPU and case fans were picked for their ability to cool components while providing quiet operation.

Having this dedicated streaming computer allows peace of mind and excitement for the future that would otherwise be anxiety as we are asked to overcome technical and design limitations.

Davis had heard of Puget Systems from various YouTube channels who recommended their high-quality products and services. Knowing he'd need a dedicated streaming machine sooner than later, he ventured over to their website and found exactly what he needed. A sales consultant reviewed the hardware requirements for BoxCast and Blackmagic to ensure the workstation would handle the workload today and in the future.

After working with Puget Systems, Davis mentioned a few details that stood out. These include the computer's packaging, support materials, and thorough stress testing of each system. And as their production needs grow, he plans to add another Puget Systems workstation to handle his editing needs.