Apple dropped a bombshell when Final Cut Pro X (10) was released. Gone was support for FCP7. Gone was backwards compatibility. FCPX was a complete re-write from the ground up, with all the problems that entails. Bugs and glitches caused headaches and data loss, the user-interface was different, there was no 'converter' to bring old projects into the new environment, and major professional features (such as multicam editing and EDL output) had been completely removed. Yes, it was faster, but at the cost of features, stability, and years of experience editing in the former user interface. Multitudes of once loyal Final Cut Pro users are now looking for an other solution. For many, Adobe Premiere Pro CS5.5 is quickly becoming the editing platform of choice. 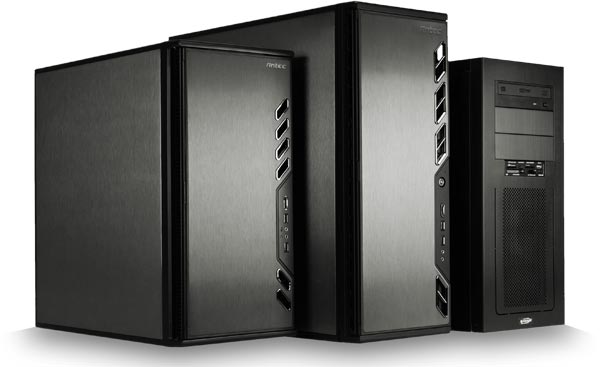 
Once you have decided to use Adobe Premiere, why not run Adobe Premiere on a PC? Dollar for dollar, you can get more hardware on the PC side than on Apple, and many feel that the Adobe suite is better tuned for performance on Windows. Whether you switch or not, it's certainly in your best interest to take a look. However, Apple users are used to having just one or two choices for professional Mac hardware. The Mac Pro allows choices from one of just 2 or 3 variables such as memory or HD size. On the PC side, however, things are much different. You have hundreds of options to choose from. You now have a huge selection of places to buy from, and your configuration options are incredible...including but not limited to the case, power supply, motherboard, CPU, cooling system, fans, memory, memory cooling, video card, hard drives, and more. It can be overwhelming.


Maybe you'll just head to one of the 'big box' stores and pick up a Dell or HP? You could do that, but because these systems are pre-configured, you'll end up paying extra for things you really don't need, while being short-changed on items that a video editing system should really have. Worse yet, your system will be loaded down with a mass of 'bloatware' that at best takes up disk space, and at worse, hogs your system resources. Let's not even get into the many customer service problems! 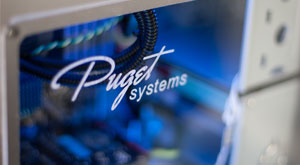 Puget Systems is the best of both worlds. Here you'll find specially configured computers with exactly what you'll need to edit video with Adobe Premiere, while still being configurable down to the last component. Puget Systems offers incredible customer service and fast response to any inquiries (try that with the big box stores), and pricing that's far less than what you'd spend on a comparable Apple product. Take a look at the options to the right to get starting building your new editing workstation!

The systems below are optimized for Adobe Premiere at various price points, and include Puget Systems' legendary customer service, rock-solid build quality, and industry leading warranty:

Based on Intel X58.
Affordably priced, but very powerful.

Configure a Genesis I

Using thermal imaging technology, we tailor every aspect of this computer to provide high performance with virtually no noise.