If you are reading this article, it is a good bet that you are on the market for a new video card, and need help knowing which one you should choose. While it is often easiest to blindly follow the advice of those who broadly deem one card as better than another, it is a smarter move to research the strengths and weaknesses of each card, look at what you plan to do with the video card, and make a decision based on which card is best for you. In this article, we're not going to get into detailed benchmarks or side by side picture quality comparisons. The goal of this article is to give a concise overview regarding the strengths and weaknesses of each card, so that you can decide which is the best match for your needs.

We'll start by looking at what each card claims to be. With the release of the Radeon 8500, ATI has come up with several new terms to describe the features of their latest creation. Terms like TRUFORM, SMARTSHADER, SMOOTHVISION, CHARISMA ENGINE II, PIXEL TAPESTRY II, VIDEO IMMERSION II, HYPER Z II, HYDRAVISION are created, essentially, as buzzwords. ATI claims to have the most advanced video card today, and they cleverly convince people by coming up with these new terms. This is not to say that they are empty phrases. ATI is most definitely ahead when it comes to features.

nVidia, on the other hand, claims to have the fastest video card today. There is truth in that statement. Aside from a select few applications which take full use of the enhanced features offered by ATI, nVidia consistently blows away the competition with its GeForce3 Ti500 cards. But is the GeForce3 Ti500 simply an evolution of the older GeForce2 technology? No! The name "GeForce3" is misleading because many people are led to that conclusion. The GeForce3 series of cards are an entirely new technology, with many new features that we will get into later on. The important thing right now is that the GeForce3 Ti500 rightfully claims to be the fastest video card. 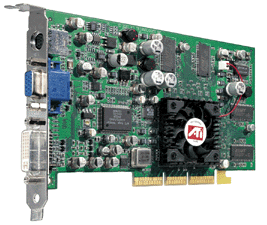 The ATI Radeon 8500 card has two main strengths: features and price. As I said, ATI is justified in claiming that its Radeon 8500 card is one of the most advanced video cards today, because of the many features it has. The most attractive feature seems to be the dual output ability. Which many GeForce3 cards have TV-output, very few have dual monitor output. In contrast, the ATI Radeon 8500 card can output to a second monitor, LCD, or TV. With more and more people looking for those features, that is a large strength for ATI. The average price of the card is also a major strength. At nearly half the price of a GeForce3 Ti500 card, the Radeon 8500 is a prime target for consumers on a budget. Since the performance is quite nearly the same as that of a GeForce3, those two issues are enough to tip the balance in favor of ATI for many people.

At the same time, the Radeon 8500 is not without its problems. The largest problem is has needed to overcome is stability problems inherent in its drivers. When first released, the drivers for the Radeon 8500 caused marginal performance and horrible stability. This, of course, received immediate attention from ATI. Newer driver releases and motherboard BIOS updates have helped greatly to speed up the performance of the card and give it the stability is needs to be embraced by the critical consumer. 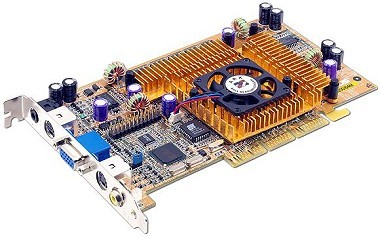 The nVidia GeForce3 Ti500 card may not have the features of the ATI Radeon 8500, but it makes up for it in speed. When it comes down to raw speed, the GeForce3 Ti500 maintains a marginal lead over the Radeon 8500, and future driver releases are expected to take better advantage of all the video card's hardware has to offer, giving it an even larger lead. Though there were some early stability problems when you mixed the nVidia DetinatorXP drivers with a VIA chipset, the newest VIA patches have claimed to fix the problem. With far fewer reports of stability and installation problems, the GeForce3 Ti500 is already seen as the card with less problems. That, in conjunction with its speed advantage, makes the GeForce3 Ti500 a natural pick for the high end gamers who are looking for the fastest money can buy.

The problem is that it takes a lot of money to buy it. When the performance lead can only be described as "marginal," is it worth paying nearly twice as much? If the situation were that simple, then the answer may be "no" for many people. Fortunately for nVidia, the GeForce3 Ti500 has a lot up its sleeve, and will be presenting surprises for quite a while.

The key to these surprises is in the programmable API found both in the GeForce3 Ti500 and, to a more limited extent, in the Radeon 8500. Both of these cards are breaking new ground by allowing the game programmers direct access to the GPU. In the past, game developers had to wait for an API such as DirectX to include more features in the way it used the video card's hardware. Now, however, game developers can write their own low-level programs that directly control the video card's hardware. This is very important! Game programmers can now write their games to make direct use of the video card hardware instead of having to go through a second software layer. Not only does this mean faster performance, but it means that game programmers can use any and all hardware features that are present on the video card. Now, this hasn't happened yet, not very much at least. The GeForce3 Ti500 and the Radeon 8500 are both too new for much to have happened yet. But as game developers begin to make use of this new feature, we're going to see some really amazing things. If you think the realism in video games is great today, then prepare to be amazed in the next few years.

As with almost any hardware rivalry, we need to look at the three main issues: performance, features and price. We have seen that the Radeon 8500 has a definite lead when it comes to features and price, and that its performance is narrowly behind that of the GeForce3 Ti500. At the same time, the greater extent to which the programmable API is present in the GeForce3 Ti500 means that we are going to see more surprises from that video card as time goes on. So, here is the conclusion I draw: the ATI Radeon 8500 is a good card for NOW. If you like the extra features and the lower price, and the long term benefits do not matter as much to you, then a Radeon 8500 is a great buy. It will play today's games at a level right on par with the GeForce3 Ti500. However, if you do not need the features, then I would think of the GeForce3 Ti500 as more of an investment. You might be paying twice as much today, but a few years down the road, that video card is still going to be doing very well, as more and more of its capabilities are unlocked and used by game developers. The GeForce3 Ti500 maintains its position as the leader in terms of performance, and if you don't mind the price tag, it will also last a lot longer than the Radeon 8500 before it is considered obsolete.