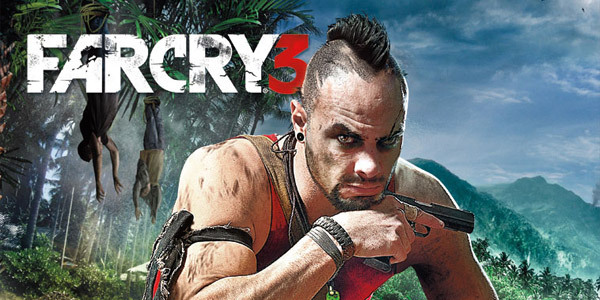 Following in the footsteps of Far Cry and Far Cry 2, Far Cry 3 is an open world first person shooter set on a tropical island. The main plotline of the game involves saving your kidnapped friends and escaping the island alive.

This game uses Dunia Engine 2, which is the updated version of the Dunia Engine found in Far Cry 2. Far Cry 3 is currently the only released title that uses this engine, so the expected hardware performance is still in the process of being benchmarked by many sites on the internet. In this article, we will be benchmarking Far Cry 3 on our Deluge A2 and Deluge L2 systems to both certify that the game runs without any problems and to find what video card you should use to be able to play the game at various video settings.


The minimum specifications are pretty tame, but don't expect to run the game at anything other than low settings with that hardware. For the recommended specifications, the largest limiting factor for most users will be their video card since the recommend CPU and RAM are not very high. The recommended video cards, while still not high-end, are more powerful than cards normally found in budget systems, so it is definately worth checking before playing Far Cry 3. Note that in terms of current generation video cards, the very rough equivalent to the NVIDIA GTX 480 is the NVIDIA GTX 660.

In order to run Far Cry 3 with high performance settings, Ubisoft recommends a high-end CPU as well as the current fastest NVIDIA/AMD single-GPU video card available. Note that in terms of current generation equivalents, the Intel Core i7-2600K is about the same as the Intel Core i5 3750K.

*Tested in single GPU and SLI/Crossfire

Note that for SLI and Crossfire we are using beta versions of the video card drivers. This is because SLI and Crossfire simply do not work properly with the current release drivers, so installing the beta drivers is the only way for us to test how they should work in Far Cry 3. For each benchmark run, we ran the game at 1920x1080 resolution since that is a very standard resolution for gaming, but changed the other video settings to the following:

Since Far Cry 3 does not have a built-in benchmarking feature, we used a scripted event near the start of the game that allowed us to have complete repeatability in our testing. We got this idea from Benchmark3d, and you can view a video of the sequence on their Far Cry 3 Benchmark page. They also have a handy GIF at the bottom of the page showing how each of the video quality levels look in-game.


Overall, Far Cry 3 has a pretty heavy GPU requirement if you want to run the game at the higher settings. In fact, none of the single GPU configurations were able to meet our normal requirement  of 30 FPS minimum and 40 FPS average. In order to play on the absolute highest settings, you are pretty much required to use an SLI or Crossfire setup unless you are willing to reduce the resolution. This is a bit strange since the high performance recommended specification provided by Ubisoft was either a GTX 680 or a Radeon HD 7970, both of which could not run the game at the highest video settings.

The only thing to point out is that while the Crossfire configurations did well, the FPS varied pretty significantly throughout our benchmark runs, which in general is not as ideal as a more consistent FPS rate. So once you get into the need of a SLI or Crossfire setup for Far Cry 3, we would recommend using NVIDIA SLI over AMD Crossfire.

Just like the Deluge A2 dual GPU benchmarks, the FPS for Crossfire varied pretty significantly throughout our benchmark runs, which in general is not as ideal as a more consistent FPS rate. So once you get into the need of a SLI or Crossfire setup for Far Cry 3, we would recommend using NVIDIA SLI over AMD Crossfire.

Far Cry 3 requires quite a bit of video card power in order to run at the highest settings, but you can achieve that power through either a SLI or Crossfire setup. Since SLI and Crossfire are both available in Puget Systems' Deluge line of computers, we are pleased to be able to certify Deluge for Far Cry 3 at any quality settings. The only caveat is that at the time of this article the use of beta drivers was required to get full performance with SLI and Crossfire. However, new drivers are constantly being released, so we only expect this to be the case for the very near future. 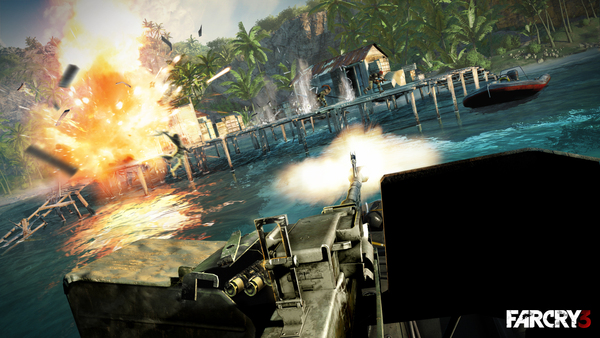