Some of our testing (verifying the laptop works with the maximum amount of RAM for example) required us to change our base hardware list to accommodate that specific test, but for the majority of our testing we used as similar components in all of the units as possible. The V150i only supports limited Intel i7 Mobile processors, so we instead used an Intel Core i5 Mobile 2540M. The M-series are the only laptops that use a discrete video card, so those units also had to use a different video card than the V-series.

The majority of the other checkpoints are designed to verify that the motherboard will function properly with a wide range of hardware. For that reason, we test using the various supported video options as well as test with the largest quantity of RAM (either 2 x 8GB or 4 x 8GB) and with the fastest SODIMM RAM currently offered by Puget Systems (DDR3-1333MHz).


Overall, all of these units did very well in our testing, with only a few hardware issues coming up. All of the issues were related to the units not being able to properly handle our very intense stress testing (a combination of Prime95 and Furmark). First, we found that the cooling of the V150i is not powerful enough to cool the unit when running our stress test. After about 2 minutes, the unit hit 100c on both the CPU and GPU and forced the unit to shut down. The second issue was on the M-series when using the high-end Nvidia MXM GTX 675M video card. When using that card, the unit actually pulled too much power from the AC adapter, causing it to shut off.

As disappointing as these problems are, we need to make it clear that both of these issues are not terribly uncommon for laptops. The whole point of our stress test is to put an abnormal amount of load on the system and frankly laptops are just not built to handle these insane amount of loads. We have had these issues in the past, and every manufacture we have spoken to has simply told us to not run that combination of tests. Outside of our stress test, the units all performed perfectly. 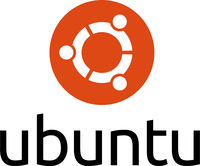 The other problems we found were all due to various issues with Ubuntu. The first issue, which was universal to all five units, was that Ubuntu does not yet have driver support for the new Nvidia video cards found in these laptops. This is somewhat to be expected since development of Linux drivers tends to trail behind Windows drivers, but for now these units are limited to using the Intel graphics from the CPU in Ubuntu. In addition to the video driver issue, we also found that Ubuntu does not support the fingerprint sensor found on the V550i, M550i, and M750i and that touchpad scrolling does not work.

It is not unusual for Ubuntu to not support 100% of the hotkeys found on laptops, and these units are no exception. The hotkeys for display output switching, screen brightness and the keyboard LED modes (on the M-series) do not work. Since Nvidia Optimus is not supported in Linux, the GPU switching button found on the V550i and V750 is also non-functional in Ubuntu.

Finally, hitting the physical mute button found on the V550i and V750i causes strange behavior to occur in Ubuntu. If the button is pressed, the speakers do not mute, but you can no longer right-click on anything in the taskbar or type using the keyboard until you use the hotkey "Fn+F3" to first mute then un-mute the speaker. This is likely due to Ubuntu not correctly interpreting the signal from the mute button and hopefully will be resolved in a future Ubuntu update.

The rest of the basic functionality of these units (including standby, audio, webcam, wireless, bluetooth, USB 3.0 and any hotkeys not previously mentioned) worked with no issues and no special driver installations. While the amount of issues we found in Ubuntu may seem large, with the exception of the lack of an Nvidia video driver the rest of the issues are fairly common with laptops.