Always look at the date when you read a hardware article. Some of the content in this article is most likely out of date, as it was written on June 6, 2014. For newer information, see our more recent articles.

It is always a good idea to list off what hardware is used when testing, so here is the testbed we used for most of this article:

Asus P9X79 Deluxe
Intel Core i7 4960X (six core @ 3.6GHz)
Kingston HyperX 16GB (4x4GB) 1600MHz CL9 memory
Samsung 840 Pro 128GB SSD
Corsair H60 cpu cooler
Seasonic SS-1200XP3 1200W power supply
Fractal Design Arc Midi chassis
The default video card used was a NVIDIA GeForce GTX Titan 6GB, but in some tests a pair of those or an AMD Radeon R9 295X 8GB was used; such instances are noted on the graphs.
The testing on the last page of the article was done on my home computer instead, to get a better feel for what an average gaming rig might be like. It has the following specs: 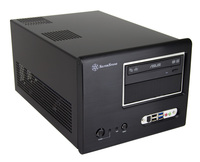 The tests on the following pages were all conducted in the same manner. Resolution and quality settings were selected within Star Citizen, and no special settings were configured in the video card drivers. Unless otherwise noted, tests were done at Very High quality and 1920x1080.

Each test was performed in the Hornet F7C fighter, on the Broken Moon map, and in Vanduul Swarm mode. I did not yet have access to the multi-player module, and wanted the most demanding option possible. The Swarm mode puts an added load on the system compared to just using the Free Flight mode: there are additional ships and weapon effects for the video card to deal with, as well as the AI for the other pilots (both friendly and hostile) to push the CPU harder.

I had FRAPS running in the background to measure frame rates, and ran its benchmark mode for 300 seconds (5 minutes) starting when the "Game Begins" countdown reached 0. During this time I would engage in combat, and while it is impossible to exactly repeat the same movements during each run I was at least trying to keep the style of play consistent. Here is a video showing what the benchmark segment looks like, along with a couple minutes of the gameplay prior to getting to that point:

I should note that the minimum frame rate numbers on the following pages are somewhat tricky, and I thought about leaving them out entirely. This is because those dips all occurred in non-critical situations. The noticable pauses in gameplay (resulting from momentary frame rate dips) were either when loading a new wave of enemy ships or when crashing... which was usually fatal. The average frame rates definitely convey how playable and smooth the game was in each hardware configuration far more than the minimums, so please keep that in mind as you look over the results.