Why Vista Isn't as Bad as You've Heard

Always look at the date when you read a hardware article. Some of the content in this article is most likely out of date, as it was written on March 10, 2008. For newer information, see our more recent articles. 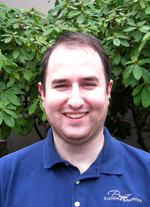 There has been a lot of talk on the Internet for the past year about how Vista isn't all its cracked up to be. There are lists of why folks hate Vista, lists of things Microsoft supposedly stole from the Mac OS, and reports of people switching back to XP in disgust. Amidst all of this negativity, I wanted to share my experience with Vista - which has been remarkably good!

I'm one of the sales consultants here at Puget Systems, and so as soon as Vista was released we upgraded all of our workstations to the new OS so that we could talk to customers about it intelligently. I was so impressed with the new look and updated applications that within a week or two I purchased two OEM copies of Vista and loaded it up on my home computers. I've since also purchased two laptops (a 17" portable gaming system for myself, and a 14" long-life model for my wife to use around the house). That is five (5) total computers now running Vista that I interact with daily, and I've been loving just about every minute of it.

My home computers are both AMD-based, with 2GHz dual-core Athlon processors. One is tasked with managing our home theater setup, which it does very well. The other is in my bedroom, and gets used for regular home tasks, working from home on occasion, and my fatal flaw: gaming. At the moment, I primarily play World of Warcraft - which runs very smoothly considering that it is on a wireless network and I don't exactly have a top-of-the-line gaming rig. I've played several other games over the past year as well (Supreme Commander, City of Heroes, Lord of the Rings Online, Titan Quest, etc) and overall had just as smooth of an experience as I had in XP. There are occasional bugs with something, which I'll go into in a little more depth later, but that is kind of the way that gaming on PCs has been since the DOS days.

Personally I find the new look and feel of Vista quite a bit. I was never a fan of the cartoony look of XP's default color scheme, and I used to set it to look like Windows 98/2000. The glossy look that Vista has is very appealing, though, and I love the way the Aero scheme gives everything a 3D feel. I'll grant that there is very little actual usefulness gained from these sorts of things, but anything that makes working with a computer more enjoyable is a good step in my book. I also like the tabbed browsing in IE7 (which is extremely useful - back in the IE6 days I used Firefox to get the same functionality) and the overall feel of the updated applications built into Vista.