"I come from over 15 years of Film Directing, Producing, Cinematography and Still Photography. My fascination with character development and obsession with capturing the essence of a small moment can be seen on billboards, movie screens, televisions and the covers of magazines. Someone once described the work as “A vibrant cinematic journey into the mind of a visual storyteller.” If I were to describe it I would say it’s the result of hundreds of hours of hard work from too many creative people to mention here.

I also work as President and head creative at my company McFarland & Pecci. My Partner Ian McFarland and I teamed up initially as a music video directing team. Together we have created award-winning videos for some awesome national acts. At McFarland & Pecci we strive to create amazing content while developing friendships that last for years."

Our Recommended Systems For Premiere Pro

Mike Pecci uses a Puget Systems Genesis for his work in Adobe Premiere Pro, After Effects, Photoshop and Davinci Resolve. Here are the specs for his 4K editing system: 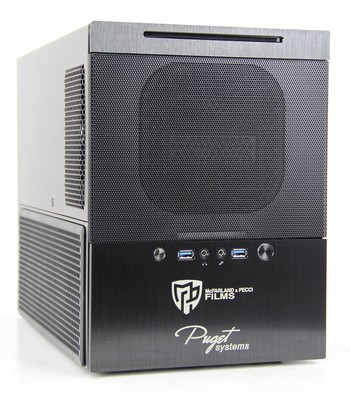 Click here to configure your own 4K editing workstation!

McFarland & Pecci's new film, 12 Kilometers, was sponsored by Puget Systems and edited entirely on one of our systems. It was shown at the Boston International Film Festival.

Moving From Mac to PC

"I'd like to tell you about a recent choice I made that would effect how I do my projects as an artist and as a filmmaker. I have been long frustrated by constant upgrades slowing down my edit suites and dealing with Apple's constant push for creative professionals to buy over-priced Mac Pro systems.

I was on a mission to find something new, faster and less expensive. 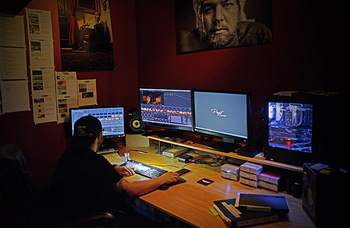 Join me as I tell the story of how I broke away from Apple's marketing and built our new PC based 4K video editing system. So I began my relationship with the amazing guys at Puget Systems…"

Read the rest of Mike Pecci's blog on "Moving From Apple to PC for 4K Photo and Video Editing."

Completing a Music Video in Under 10 Days

"At McFarland and Pecci, we currently edit our projects in Adobe Premiere Pro. With it's ability to edit any codec on the market, it's powerful integration with other Adobe programs (After Effects and Photoshop), and its lightning fast workflow, why would we use anything else?

Here is something else that might surprise you. We edit on PCs! 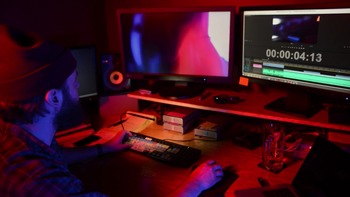 Yes, we decided against upgrading to the shiny, expensive black "trashcan" that Apple is selling and went with a custom-built Genesis II 4K edit suite from Puget Systems. This affordable, upgradeable, high-speed machine allows me to edit 4K raw footage in real time and apply effects and grades right in my timeline — no playback rendering, no waiting. I hate waiting."

Continue reading Mike Pecci's article on "How to Complete a Music Video in Under 10 days".