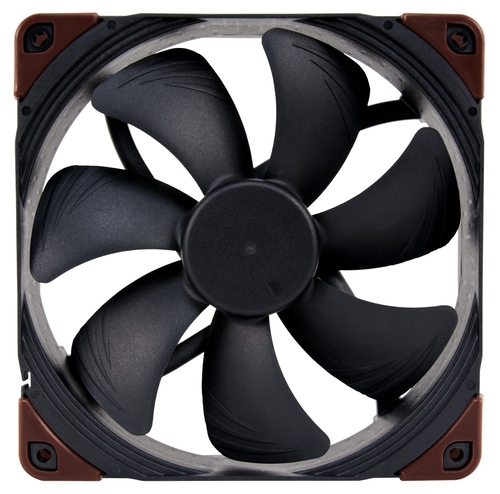 This kit includes the replacement of 60-140mm stock fans with black Noctua fans, and in some situations the addition of further fans as deemed necessary by our build team. Each fan has a 4-pin PWM header, allowing it to be controlled by pulse-width modulation instead of altering voltage. This is commonly found on modern motherboards to allow dynamic control of fan speeds based on temperature.

The primary goal of this kit is to allow motherboard-controlled fan speed ramping. Noctua fans function even at very low speed settings, providing quiet operation when minimal cooling is needed - but also spin up to provide very high air flow when running at full speed. This means at high load levels they won't be any quieter than the stock fans included with most cases.