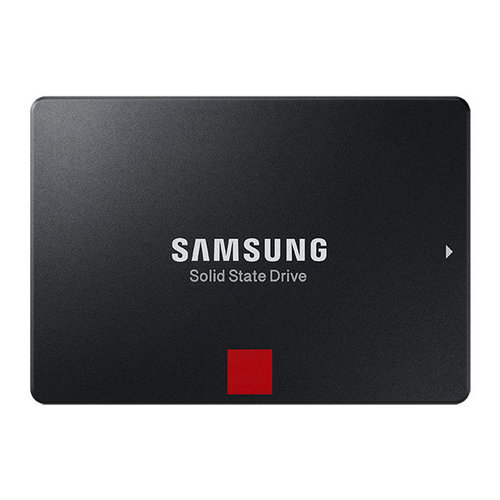 Christopher Crader (Customer Support) Says:
I love the SSDs. Prices are getting better, the performance is excellent, and they're incredibly reliable! One of the common worries I get from folks is that they'll wear out quickly. We've been carrying them for about seven years and our failure rates on these have been well below that of our platter drives. On top of that, the theoretical lifespan of these drives is something along the lines of 15-20 years (or more) with typical use. It's just not something I worry about with SSDs anymore.
Samsung's line of solid-state drives are among the fastest SSDs on the market. The 860 Pro series improves upon the well respected 850 Pro with slightly higher speeds and an increased write endurance rating. It uses the industry standard SATA III 6Gbps interface and 2.5" drive form factor. This specific 2TB capacity model reaches up to 560MB per second for reads and 530MB per second for writes, and in excess of 90k IOPS.
Model: Samsung MZ-76P2T0E