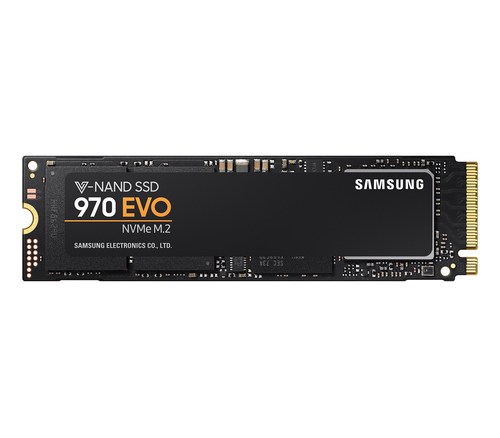 Samsung's 970 EVO line of solid-state drives is part of their third generation of retail M.2 form factor SSDs. These drives run at a full PCI-Express 3.0 x4 speed, which provides lots bandwidth and results in performance that is several times what a SATA III based SSD can provide. This 2TB model has sequential read speeds of up to 3.4GB/s with write speeds up to 2.5GB/s.