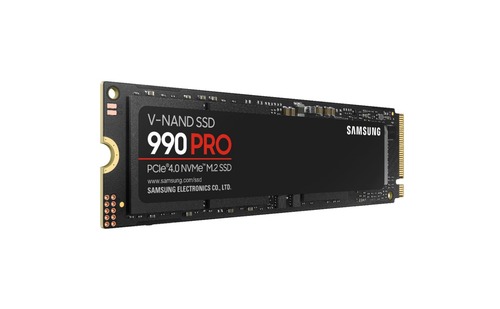 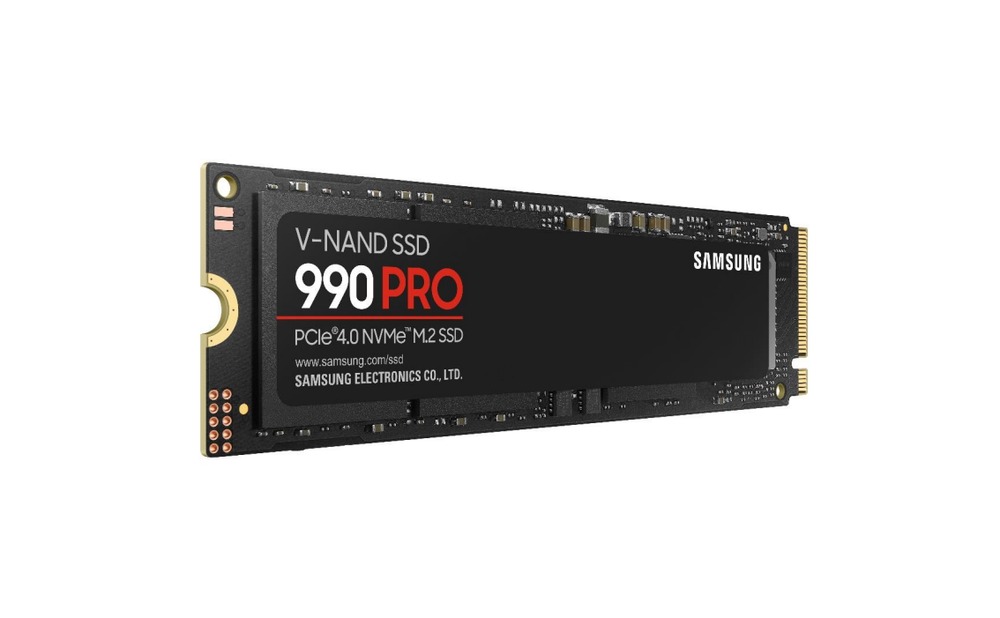 Samsung's 990 Pro line of solid-state drives is their fifth generation of consumer M.2 SSDs, and the second to support PCI-Express generation 4.0. This interface allows for greatly increased transfer speeds, potentially double that of PCIe Gen 3. This specific 1TB model has sequential read speeds of up to 7.4GB/s and write speeds up to 6.9GB/s.

Please note that not all CPUs and platforms support PCI-E 4.0 yet, and on some motherboards the M.2 slots may not have the full x4 lanes this SSD is capable of utilizing. In either of those cases, performance will be limited by the speed of the slot. These drives can also get hot during extended read / write operations - moving hundreds of gigabytes at a time. That is an extreme scenario, which many users may never run into, but if the drive does get too hot it will throttle down to prevent overheating. That will reduce drive performance until it cools off, but even in that situation its speed is still well above what SATA-based SSDs offer.