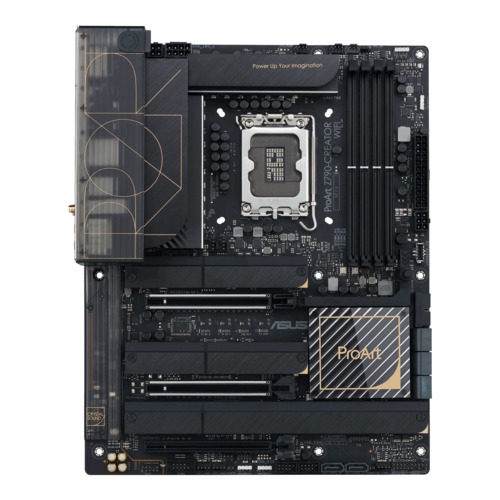 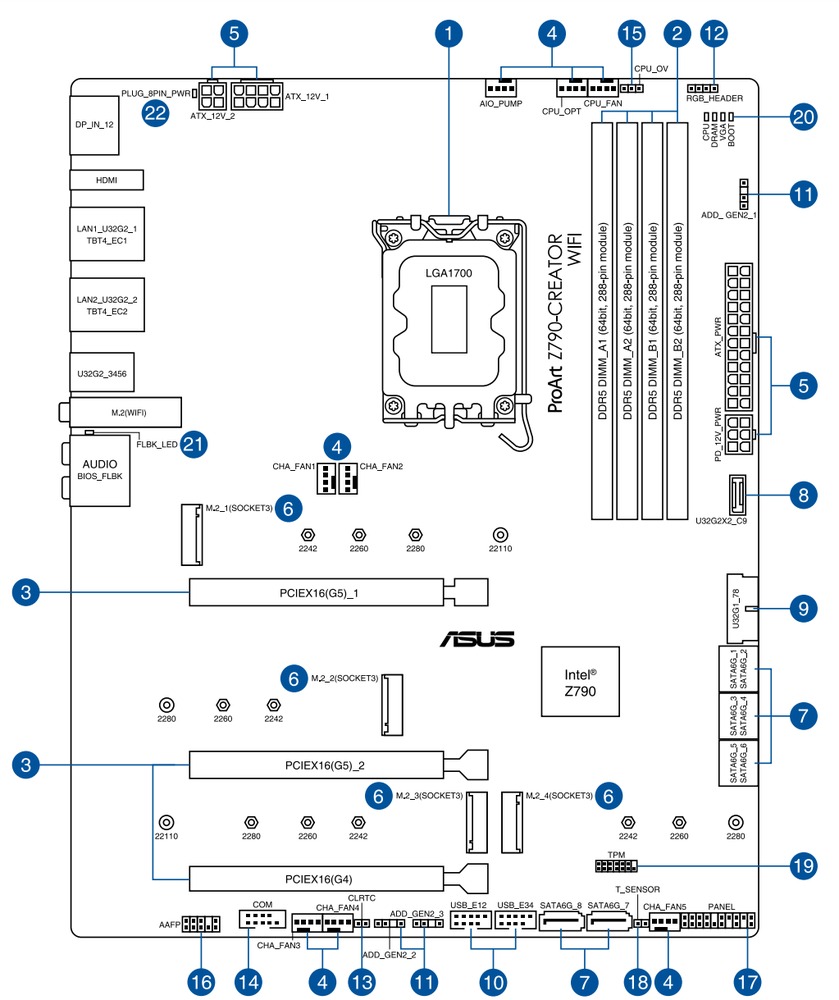 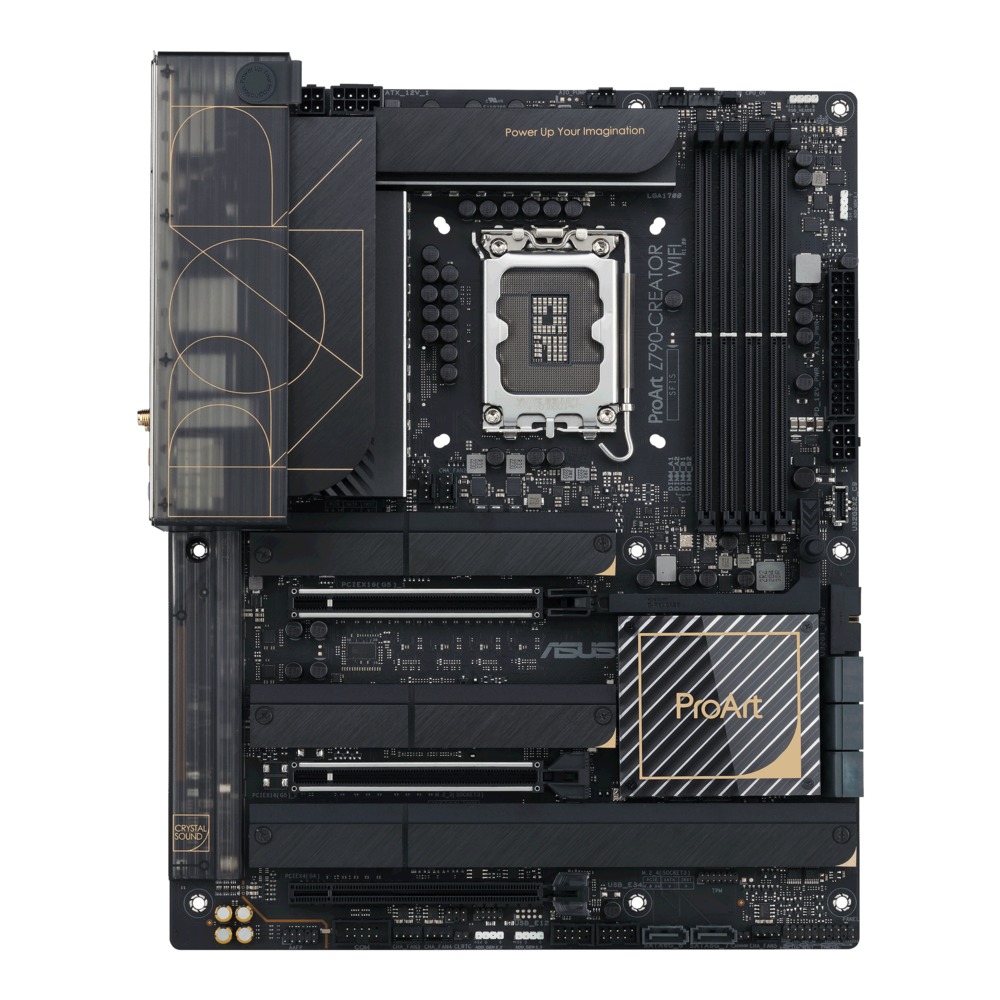 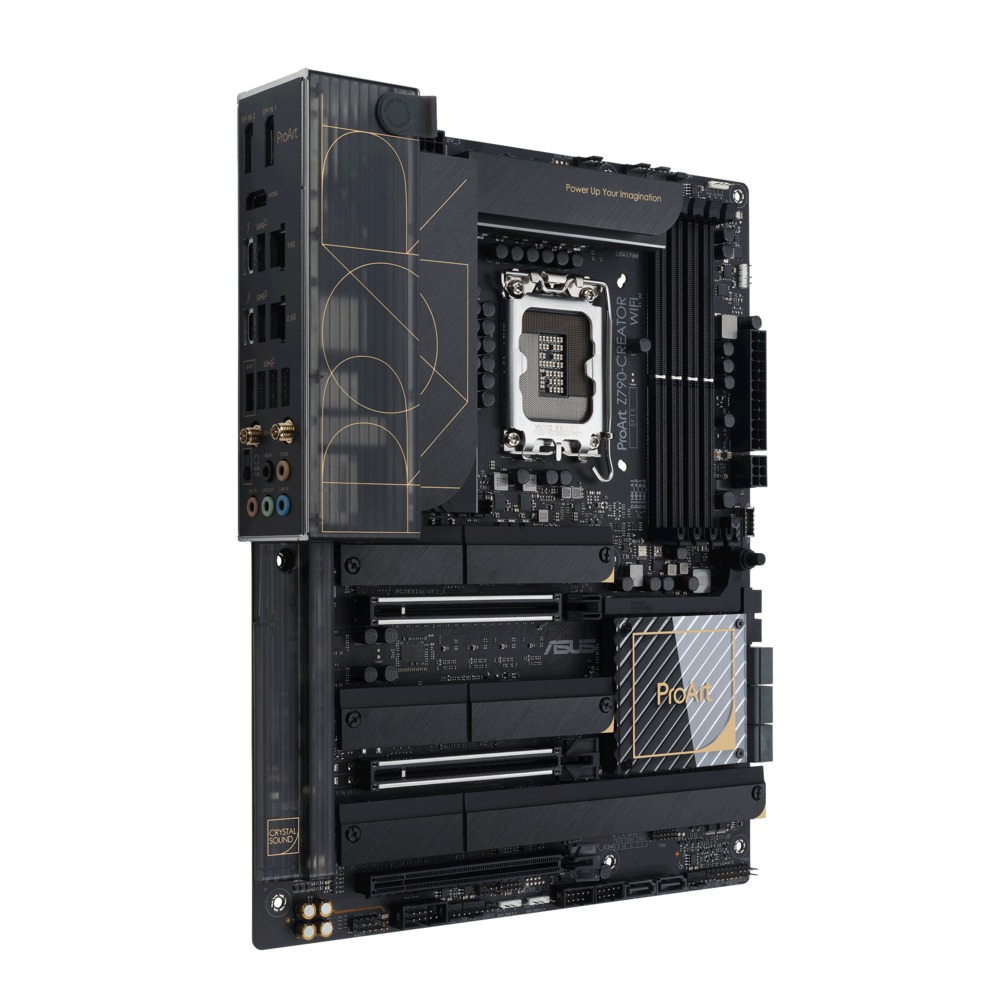 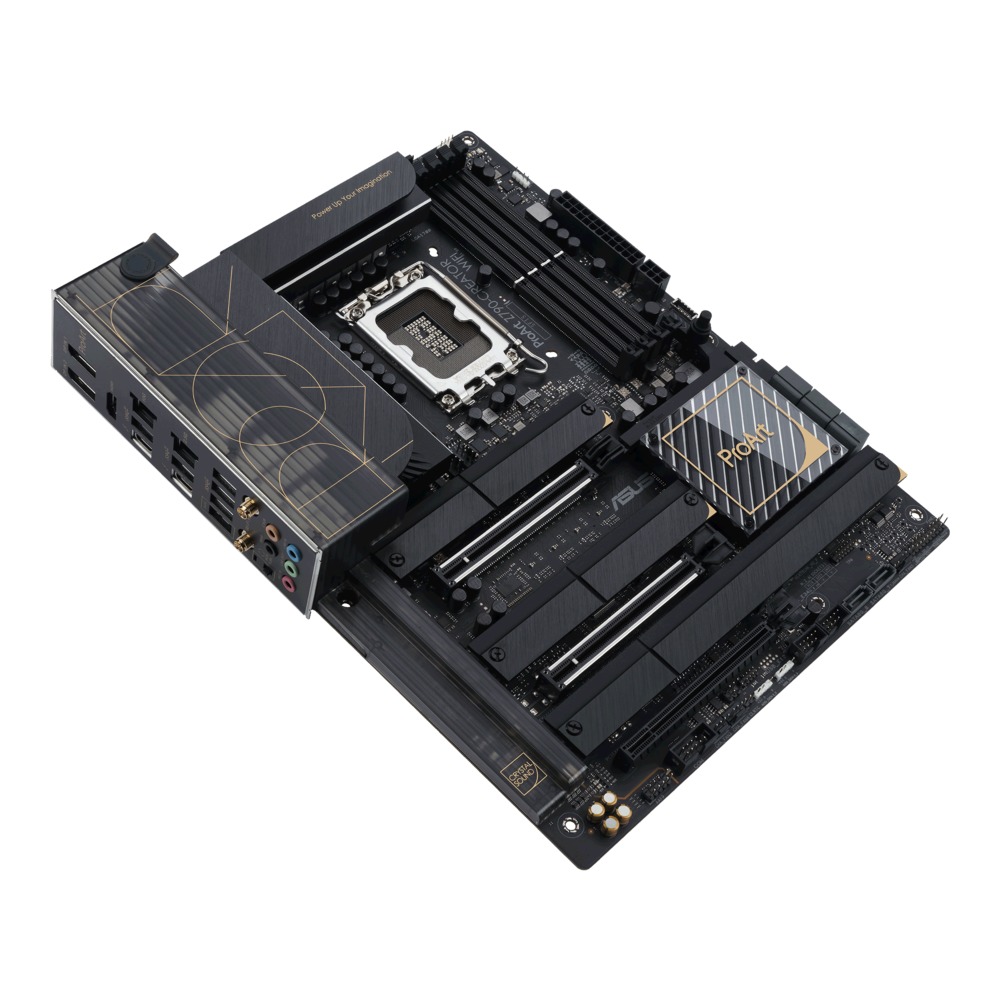 Previous Next
The Asus ProArt Z790-Creator WiFi is an ATX motherboard for Intel's 12th and 13th generation Core processors. It offers a great combination of features, I/O ports, and build quality.

In terms of external connectivity, this board is well equipped with two Thunderbolt 4 connectors, which are Type C and can be used as USB ports as well, plus six more USB 3.2 Gen 2 ports. For networking, a pair of 2.5 and 10Gbps LAN ports are available - as well as WiFi 6e and Bluetooth 5.2. Because this motherboard supports Thunderbolt, it includes a DisplayPort inputs on the I/O panel which allows pass-through from the video card to a TB connected monitor. It also has an HDMI output for use with the Intel graphics built into the CPU.

Internally this motherboard has four DDR5 memory slots, supporting up to 128GB of RAM. For storage, there are eight SATA III ports plus four M.2 slots - one of which shares lanes with some of the SATA ports. There are also a mix of three PCI Express slots available to handle a variety of expansion card configurations.

William George (Product Development SME) Says:
There isn't much difference here compared to the previous Z690 version of this board, but it does support higher memory speeds when using all four DIMM slots. Additionally, the PCI-E x4 slot is now Gen4 instead of Gen3.