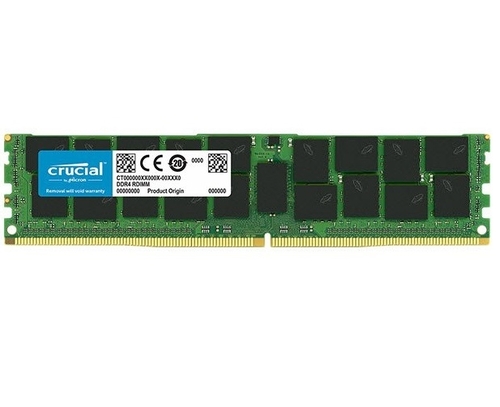 Further, Registered memory - sometimes also called Buffered memory - puts less of an electrical load on the memory controller chip in a computer. This in turn allows the use of much larger amounts of memory, and so is needed when utilizing all of the memory slots on higher-end server and workstation motherboards.

Product
Photography
Configure a custom computer with this part, or buy Crucial DDR4-2666 64GB ECC Reg. LRDIMM from the Puget Store! (In stock)