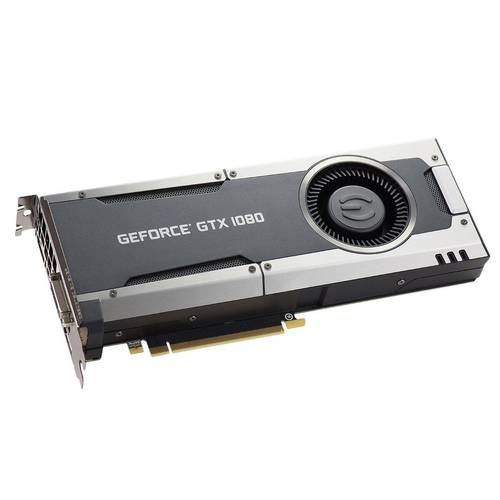 William George (Puget Labs Technician) Says:
The GTX 1080 is a fantastic card all-around. It is great for gaming, even viable as a single card at up to 4K resolution, and also a perfect choice for virtual reality experiences like the HTC Vive. It also does very well in scientific computing with single precision (FP32) calculations.

This version is very similar to the Founders Edition, with the same blower fan and overall layout but a different shroud around the heatsink.
Model: EVGA 08G-P4-5180-KR