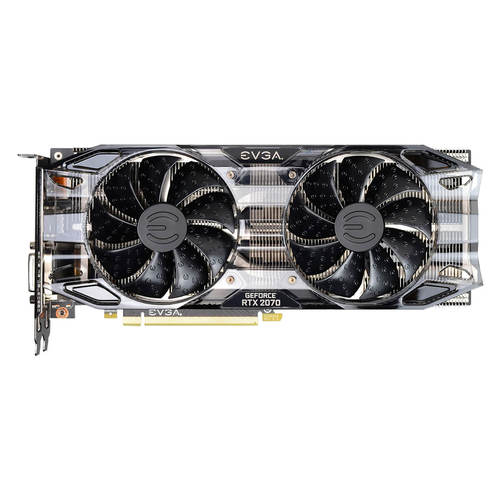 Finally, in regards to connectivity, the RTX 2070 supports up to four monitors. Unlike many other high-end RTX cards, it still has one dual-link DVI output- along with one HDMI 2.0b and two DisplayPort 1.4 outputs. VirtualLink is also included: a specialized Type C port combining DisplayPort, USB 3.1, and power for single-cable connectivity to next-generation VR headsets.