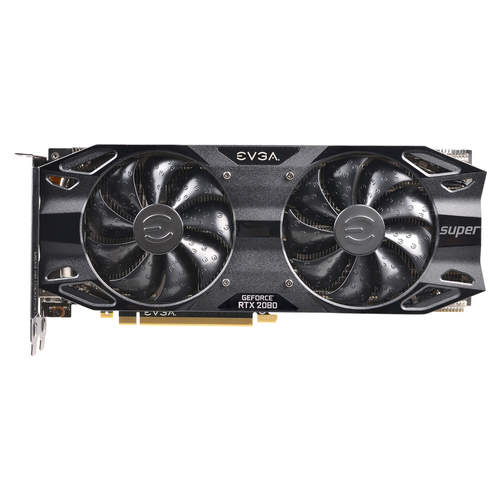 This variant, from EVGA, uses a dual-fan cooling layout. This is great for keeping a single card running cool and quiet, but results in most of the heat the card generates being pumped back into the computer. That makes these a poor choice for use in multi-GPU systems, especially in configurations where there will be no space between each card. In those cases, a video card with a blower-style fan and rear heat exhaust will be much better.

William George (Puget Labs Technician) Says:
This mid-generation update from NVIDIA is a little weird, but I guess it is hard to complain about a free performance increase. If you want multiple GPUs, though, go for a version that has a single, blower-style cooling fan.
Model: EVGA 08G-P4-3081-KR