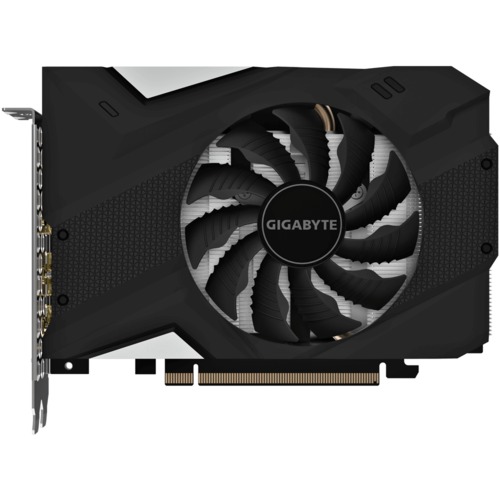 This particular model from Gigabyte is a short-depth design, but it is a little on the tall side with a portion of the heatsink and shroud sticking up above the expansion slot bracket. That means it may not fit in some small form factor cases. For cooling it has a single-fan, open-air setup - which is great for keeping a single card cool and quiet, but results in most of the heat the card generates being pumped back into the computer. That makes this a poor choice for use in multi-GPU systems, especially in configurations where there will be little or no space between each card. In that situation, a video card with a blower-style fan and rear heat exhaust will be much better.

Finally, in regards to connectivity, this GTX 1660 Ti supports up to four monitors. Three DisplayPort 1.4 connections are available, along with a single HDMI 2.0b port.