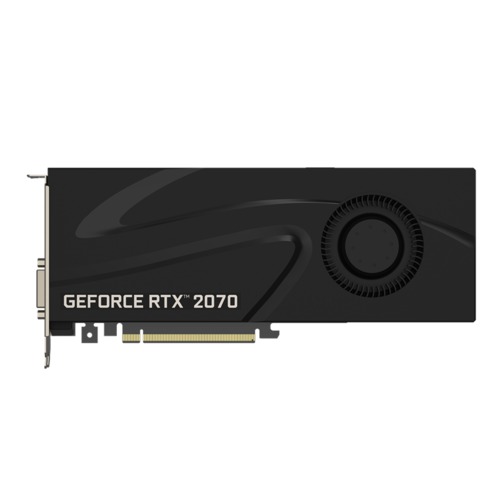 Finally, in regards to connectivity, this variant of the RTX 2070 has five monitor connections - but only four can be used at a time. There are one HDMI, and one DVI-D, and three DisplayPort outputs.