There are a number of different types of video that you might want to incorporate into your live stream, or record for later editing. Each source needs the right approach for capturing it and importing it into your streaming software. Here is some info about the most common video types that we are asked about. 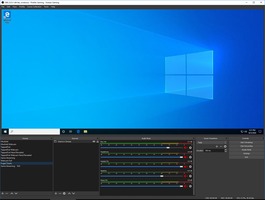 The most basic source to work with is the video feed coming to your monitor. It is almost trivial these days to simply capture your screen, and a wide range of software is available for this task. Some programs will also allow you capture just a section of your screen or an active window, and no specialized hardware is needed for this. This video source is ideal for tutorials where you want to show your audience how to use an application, as well as for those who are streaming video game footage directly from the PC on which they are playing. 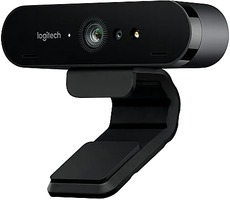 It is common to overlay a small camera view of yourself when streaming, to help viewers relate to you and build your brand recognition. This is usually accomplished with a simple USB-based webcam, which doesn't require anything but a free USB port on your computer. Such cameras are usually relatively low quality, though, so for those who want to step up to the next level a digital camera, DSLR, or camcorder with live HDMI output is a great way to improve visual fidelity. Note that battery life can be a limiting factor with such devices, but external AC adapters may be available to mitigate that. Additionally, using this sort of camera requires a HDMI capture device - which can take the form of either a card inside the computer or a USB dongle. We recommend Elgato products for this role, like the Cam Link 4K. 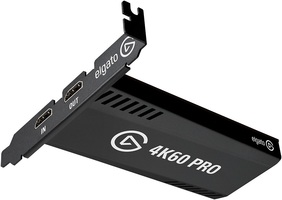 Another PC or Gaming Console

If you want to capture video from another computer, then you need to be able to tap into the signal but still pass it along to the monitor. The same is true for grabbing the output of a gaming console, before it reaches a TV. This requires a special type of capture device that has both an input for the feed from the device and an output to send it on to the right display, ideally with little or no lag introduced in the process. We offer the Elgato 4K60 Pro Mk 2 HDMI capture card, which is built specifically to do this and also supports high resolutions and frame rates. 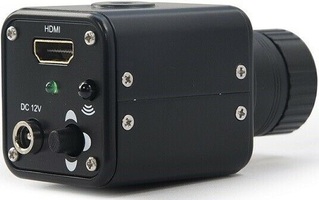 Most consumer-level cameras and camcorders that support live video output do so via HDMI. Not every digital camera has this capability, so if you aren't sure you will want to check the user guide or manual. Most DSLRs and higher-end video cameras have this functionality as well, and it is one of the three common options for fixed-position event cameras too (along with SDI and networked designs, as shown below). It is worth noting that some cameras will feature a smaller version of the connector - either Mini HDMI or Micro HDMI - and cables are available which can adapt those to the normal size plug. To use HDMI cameras with a computer for streaming, you will need a capture card with the right amount of HDMI inputs for the number of cameras you want to have hooked up. The Elgato Cam Link Pro we carry supports up to four inputs on a single card! 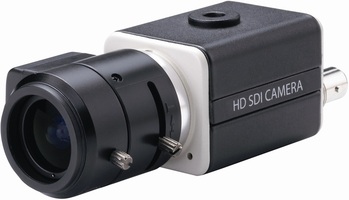 Stepping up from HDMI, SDI (Serial Digital Interface) supports much longer cabling runs and traditionally uses the BNC connector which can lock in place for increased reliability. This interface is primarily found on higher-end video devices, and requires a dedicated capture card in the computer for recording or streaming. Blackmagic Design makes several such cards in their Decklink product line, and we carry a few of them here at Puget Systems. 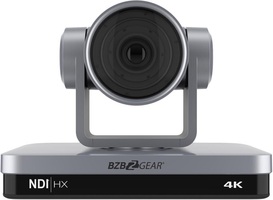 A recent trend in cameras has been to forego a dedicated video connector altogether, and simple send the video (and audio, if included) over a network connection instead. This can allow for much longer cable runs and removes the need for a dedicated capture card, but may require more investment in quality network infrastructure. Of particular note, some cameras like this are powered over Ethernet (PoE for short) and need to be connected to a switch that can provide the right amount of electricity. You will also need to take into account what format the video feed is sent over the network in. Some cameras use proprietary encoding, but industry standards are also available like NDI (Network Device Interface) from NewTek.

Looking for a Live Streaming Workstation?

Looking for a Live Streaming Workstation?

For those who are streaming gameplay footage, we have put together this overview of hardware considerations that go into selecting a gaming PC.

The vast majority of games use only a handful cores - and many games these days still use just one or two cores. Most games are much more dependent on frequency, or clock speed, since that impacts how many calculations each core can handle per second. Dedicated gaming systems, then, are usually best off with a CPU at the highest possible clock speed with a few cores (8 or more is plenty in most cases).

Running additional software while gaming adds to the workload that the processor has to deal with, so folks who are recording or streaming gameplay with CPU based solutions like Open Broadcaster Software or XSplit may want additional cores to handle those tasks with less impact on game performance. Other gaming-related applications can also benefit from more cores, like video editing and rendering to post game clips to YouTube.

When going to a higher core count processor, though, you don't want to sacrifice clock speed too much. Keeping at least a 3.0GHz base clock speed is ideal. Some users might want to overclock their processor for even higher per-core speeds, but we strongly recommend against that. It is a particularly bad idea for mission-critical situations and systems you depend on for income.​

Looking beyond traditional monitors, virtual reality headsets also require very high performance video cards. Such headsets have to render two different frames, one for each eye, and need to do so at high refresh rates in order to feel smooth and avoid causing discomfort for the user. One technology being worked on is to use two video cards, with one running each eye's view, but as of this writing that isn't ready / available yet. For the time being a single very fast card is generally the best solution.

When are dual video cards appropriate, then? If no single card can provide the level of performance needed for games at the resolution you want to use. 4K screens are a good example of that: many cutting edge games cannot run at maximum quality settings on 4K at reach silky-smooth frame rates without dual video cards.

Another consideration when selecting a video card is the number and type of outputs it has. For a single monitor this probably won't matter as most cards support all the major video standards: DVI, HDMI, and DisplayPort. However, if you plan to run multiple monitors then it is important to make sure that the number of each output from the card lines up with the inputs available on the monitors you wish to use.

Memory requirements for games vary dramatically, but most fall in the 2-8GB range. Newer games are starting to push further, though, and many gamers will be running other software in the background too: voice chat clients, recording software, web browsers displaying game guides, etc. Due to this we recommend 32GB for most gaming systems to have plenty of space for applications and a measure of future-proofing.

The main question then becomes capacity. As with RAM, different games need wildly different amounts of space to be installed: from less than 1GB to expected sizes of 100GB or more for next-generation games. To avoid running out of space frequently we recommend a minimum capacity of 500GB for the primary drive, though for large game libraries a 1TB drive would be even better. Additional drives for more games, recordings, or other types of data can also be added - either when the system is built or later on. For pure data storage like music or videos traditional hard drives are viable options.

See which Live Streaming Workstation is right for you!