Streaming live gameplay on websites like Twitch has become a popular way to share the experience of gaming, and for some a way to make money from their passion as well. YouTube has also started a streaming service, and sites like Livestream and Ustream offer similar capabilities but are aimed more at customers and use cases outside of gaming. Live streaming of a video feed or capturing what is displayed on a computer desktop is a lot less demanding than gaming, so we are focusing our recommendations on the needs of enthusiast and professional gamers. Almost everything on these pages is applicable to other types of streaming as well, though, especially the standalone streaming box.

There are four primary approaches to live streaming, each of which has different needs:

This is the most basic type of streaming, which uses programs like Open Broadcaster Software or XSplit that depend on the CPU to handle the process of capturing video game content and encoding (compressing) it on the fly. Modern multi-core processors handle that pretty well, and most Intel Core series processors will only use 5-20% of the CPU's time to do that capture and encoding. If your games don't need the CPU's full attention to provide good performance this can be a fine approach to streaming, and software of this kind also supports a lot of options for mixing in a webcam, additional audio sources, and more. 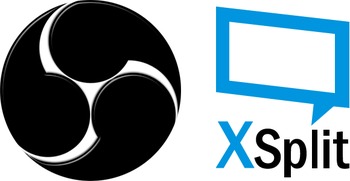 Modern graphics processing units (GPUs) have dedicated video encoding / decoding hardware built-in, which is usually not operating when games are being played. NVIDIA has taken advantage of this to provide hardware-accelerated video capture using what they call NVENC. This technology debuted as part of the GeForce Experience software package, and was originally called ShadowPlay - though that name has been dropped since then. In addition, this hardware-accelerated encoding option is now also available through many software packages like OBS.

It is also still available through GeForce Experience, under the option to "Broadcast Live". The functionality there allows for easily including a webcam feed and microphone input, along with selecting where you want to stream to. It is a great way to get started with streaming, though, since it doesn't cost anything (at least for gamers using GeForce cards already) and has almost no impact on CPU usage or game performance.

Streaming with a Hardware Capture Card

This uses the same software as above, but ups the game with a hardware based capture device. That can take the form of a card inside the computer or an external USB device, but in either case the principle is the same. Video output in the form of HDMI is taken from the computer, routed into the capture device, then out again to the monitor. This reduces the load on the CPU somewhat (though not completely) but can help when playing CPU intensive games. 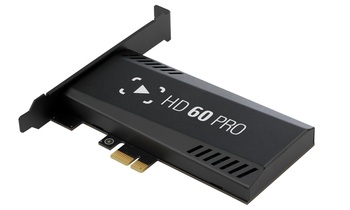 The downside is that capture devices can only pass through a limited resolution. Some capture cards are limited to a maximum resolution of 1920x1080, though 4K capable devices are available as well. Frame rate support also varies, and some devices can pass through higher resolutions / frame rates than they can capture (which can be important for gamers using high resolution or fast refresh monitors).

Streaming with a Second Computer

More advanced streamers will often split out the duty of video capture and encoding into a separate computer, keeping their main system for dedicated gaming usage. This requires a capture card in the standalone streaming computer, but aside from that doesn't need to be especially fast. The same downsides apply because of the capture device, though: namely the resolution that can be captured by the hardware capture card.

A nice bonus this provides is the potential for increased stability of a stream. It isn't normally a big issue, but there is the potential for a game to crash - either on its own, or to cause a whole computer to go down. If you are streaming from a separate box then the stream itself stays up when that happens, along with any webcam feed connected to it. This may be especially helpful for people streaming games that are in development and more likely to have stability issues.

This approach is also compatible with console game streaming as long as the console you use has HDMI output. Technically a gaming computer with a hardware capture card could do this as well, but for console-only gamers a much less expensive, dedicated streaming box will do the trick.