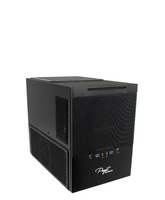 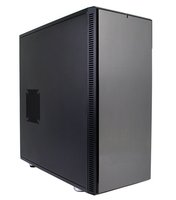 Ideal for STL files and optimization

Q: Why are there two different system recommendations for different file types?

A: There are different code paths used for ray tracing within OpticStudio, depending on why type of file you are working with. Some, notably STL files, see nearly perfect scaling from adding more CPU cores and even multiple physical processors. Others - STEP, IGES, and SAT - see some benefit from more cores, but actually perform worse when a second processor is added to the mix. There are also other functions in OpticStudio besides ray tracing, like optimization, and we found that the benefit of multiple cores / CPUs varied between the two extremes described above. If you know that you work mostly with one type of file, we advise selecting the corresponding recommended system. If you would like more info about the performance differences, check out the Hardware Recommendations tab on this page.

A: We have confirmed with Zemax that OpticStudio does not currently use GPU accelleration for any calculations, but that is something they may add in the future. For now, as of version 16.5, all that is needed is a basic video card compatible with DirectX 11 and capable of running your desired monitor(s). If you use any CAD programs alongside OpticStudio, then going with a Quadro card is probably a good idea since many CAD software makers either require or recommend professional-grade cards like the Quadro instead of mainstream GeForce models. For that reason our recommended systems default to Quadros, but if you are confident that you don't need one we can use a less expensive GeForce card instead.

A: While Zemax's formal recommendation is "a minimum of 2GB per core", we found that even with 28 cores working hard the memory usage during ray tracing and optimization never exceeded 10GB. That is not just 10GB for OpticStudio, either: that is the whole system's memory usage. The exact amount of RAM needed is going to depend on your specific projects and files, as well as other programs you use on the system, but we would consider 16GB the minimum and 32GB a safer amount. We did not see any indication of the memory usage depending on the number of cores, though, so the above numbers should hold regardless of how much CPU power your workstation has.

Q: Will an SSD help me open and save files faster?

A: Yes, but since the file sizes used by OpticStudio are usually pretty small it isn't a huge impact. We strongly recommend SSDs, though, because they speed up nearly all aspects of using a computer: booting up, launching applications, multi-tasking, etc. A computer running off a SSD will simply feel more responsive than one using a traditional hard drive. SSDs are also much more reliable in our experience, which is of course a huge benefit!

A: In the past, Xeon CPUs were more robust than their Core i5/i7 counterparts. Today, however, there is very little functional difference between the two Intel product families for workstations. We offer some Core i7 options on the Single CPU recommended system, because there are combinations of core count and clock speed which are not available on the Xeon side. For the dual CPU system, though, only Xeons are available because none of the Core i7 models have the extra circuitry needed to communicate between two processors in the same computer.

Q: Which system is right for my budget?

A: If you simply want the most processing power for a given price, and you don't need to optimize for a specific type of file / workload, then the Single CPU system is best suited for budgets of about $3,000 to $8,000. The Dual Xeon system starts around $8,000 and goes up from there. In the area where they overlap, you would want to take a hard look at whether your files or other programs you run will be better off with one or two physical CPUs. You may also need to consider the size of the computers and expansion capacity, depending on your overall needs.

Q: What are the dimensions of these recommended systems?

A: The Compact Single CPU workstation is roughly 12" tall, 14" deep, and 9" wide. The larger Full Tower Dual Xeon system is more than three times the overall volume, at about 22" tall, 22" deep, and 9" wide. More precise dimensions for both systems can be seen in the pictures below: 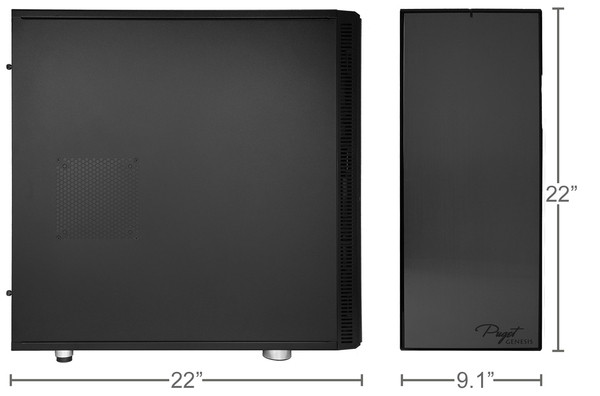