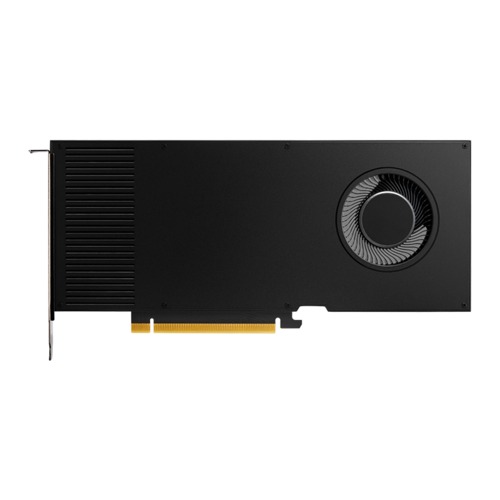 The NVIDIA RTX A4000 is a professional Ampere-based graphics card, offering good overall performance along with specialized ray tracing and machine learning inference hardware (RT cores and Tensor cores, respectively). While not sporting as much onboard memory as higher-end A-series models, the RTX A4000's 16GB of VRAM is substantially more than most consumer GeForce models. A rarity among modern video cards, the RTX 4000 uses a single-width cooler - allowing it to take up less space in systems which have a lot of other expansion cards or fit easily into smaller form factor computers.

To compliment its focus on professional 3D applications, the RTX A4000 supports up to four monitors at the same time. Four full-size DisplayPort outputs are physically present on the back of the card, and a wide range of adapters are available from third party vendors if you need to adapt to other video standards like DVI or HDMI.

Product
Photography
Configure a custom computer with the NVIDIA RTX A4000 16GB PCI-E.