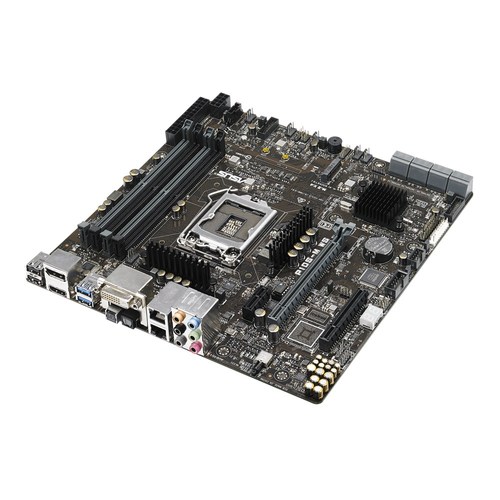 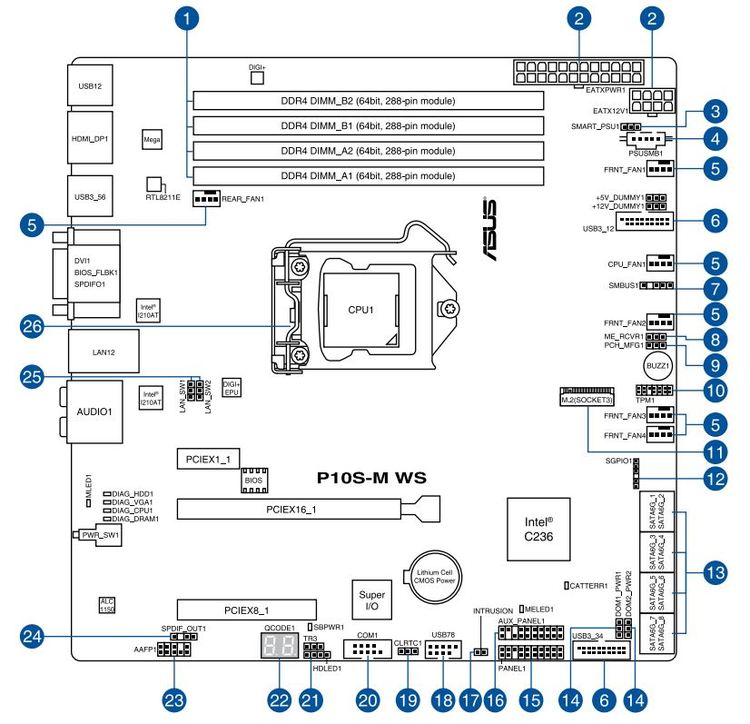 The Asus P10S-M WS is a micro-ATX motherboard aimed at workstation and server usage. It is built for Intel's E3-1200 v5 family of Xeon processors, using the Intel C236 chipset. That gives it ECC memory support for increased reliability, and Asus has complimented that with dual Intel gigabit Ethernet ports, eight SATA 6Gbps, M.2, USB 2.0 & 3.0, and digital & analog audio connectivity. The Intel graphics built into the Xeon E3 processors is also accessible, with support for up to three monitors via DVI, HDMI, and DisplayPort outputs.

Jeff Stubbers (Technology Consultant Lead) Says:
This is a very stable motherboard, and if you use the onboard video the outputs can support 3 monitors with its (1) DVI, (1) HDMI, & (1) DisplayPort outputs. So if you plan to use onboard video outputs, you would want to make sure your monitor(s) have compatible inputs.