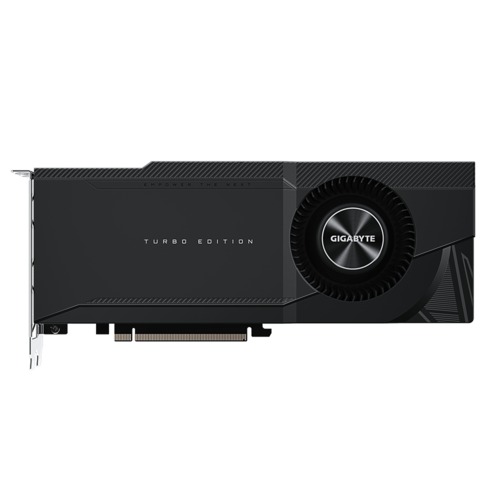 This variant from Gigabyte uses a single-fan, blower-style cooler. That means most of the heat generated by the card is exhausted out the back of the system, making this design ideal for multi-GPU configurations. In trade it will make a lot more noise under load, since the one fan has to run at much higher RPMs in order to dissipate the same amount of heat as the two or three fans on other variants.

Finally, in regards to connectivity, there are two HDMI 2.1 and two DisplayPort 1.4a plugs supporting a total of up to four displays at a maximum resolution of 7680x4320 (8K).

Note: Many configurations can be supported by a non-blower option, which we have in stock. Please contact us for advice on the best choice for your use case!