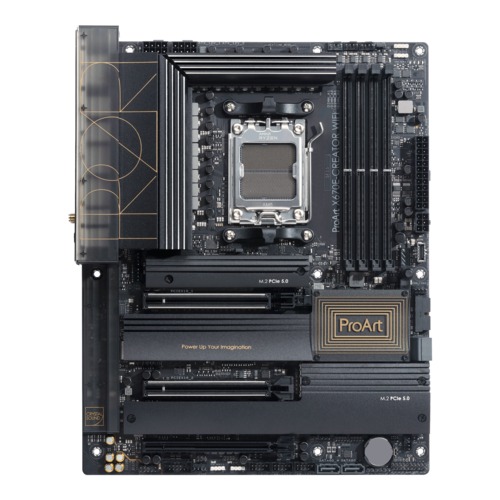 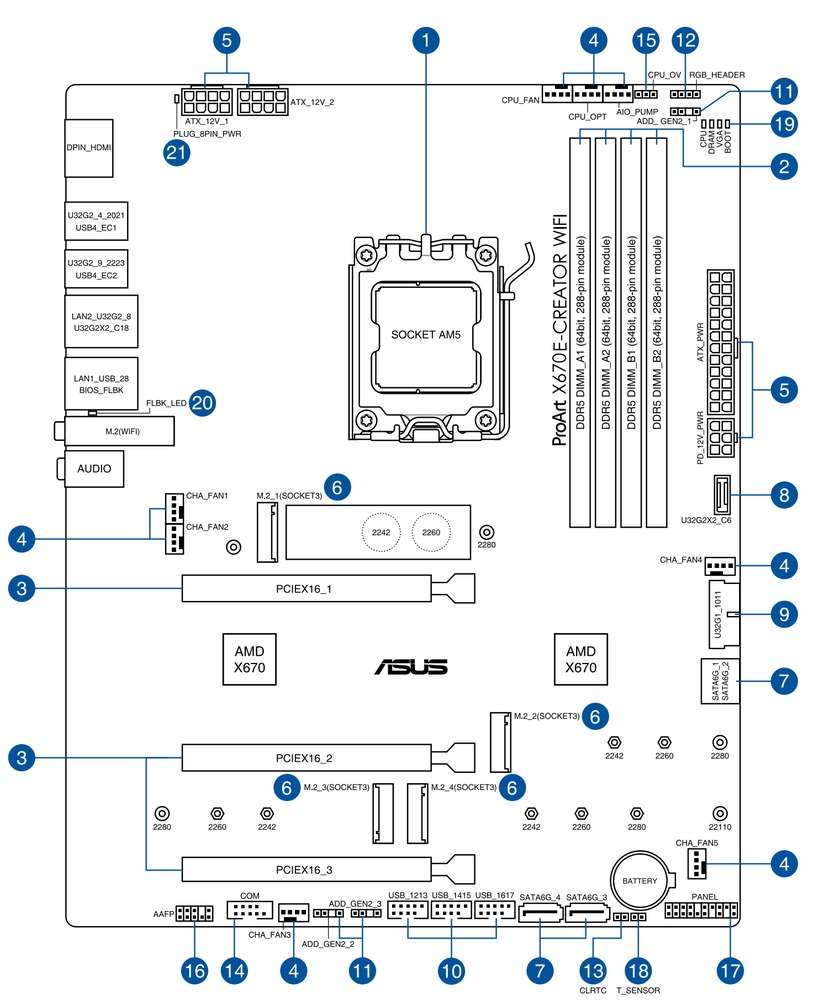 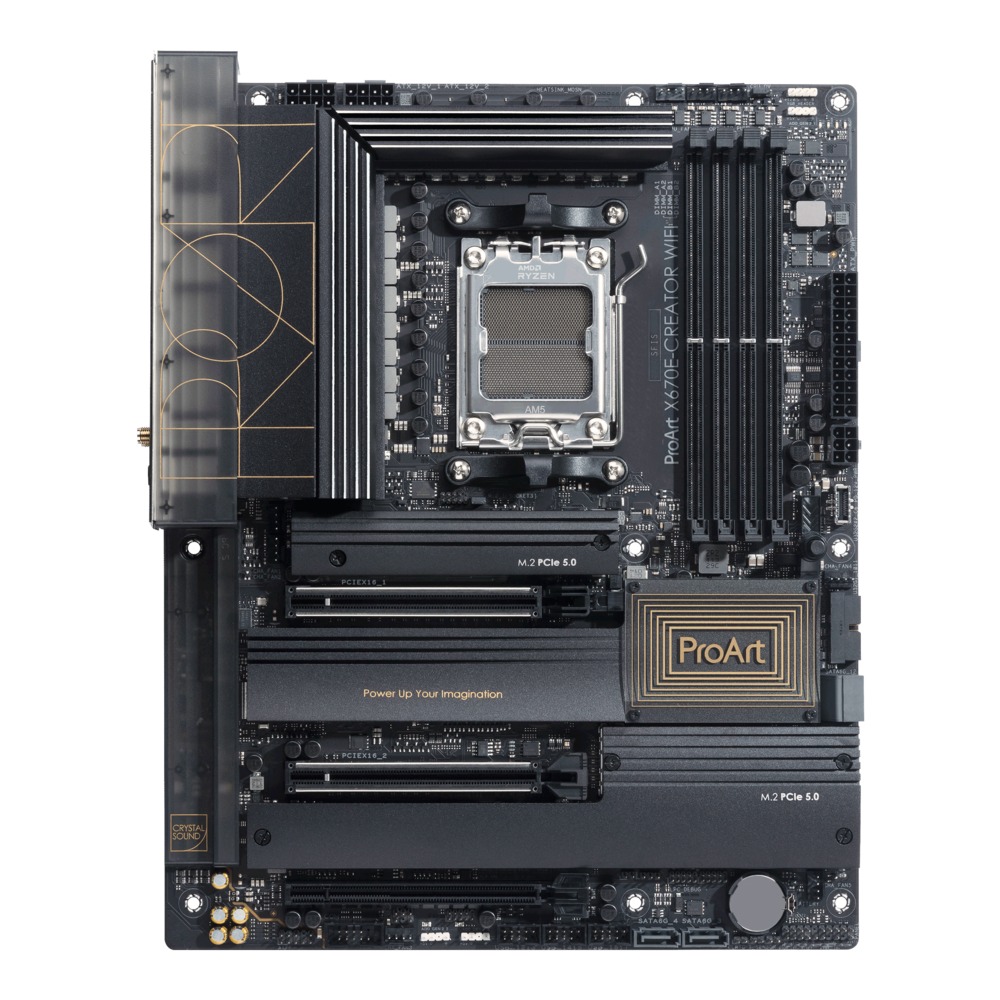 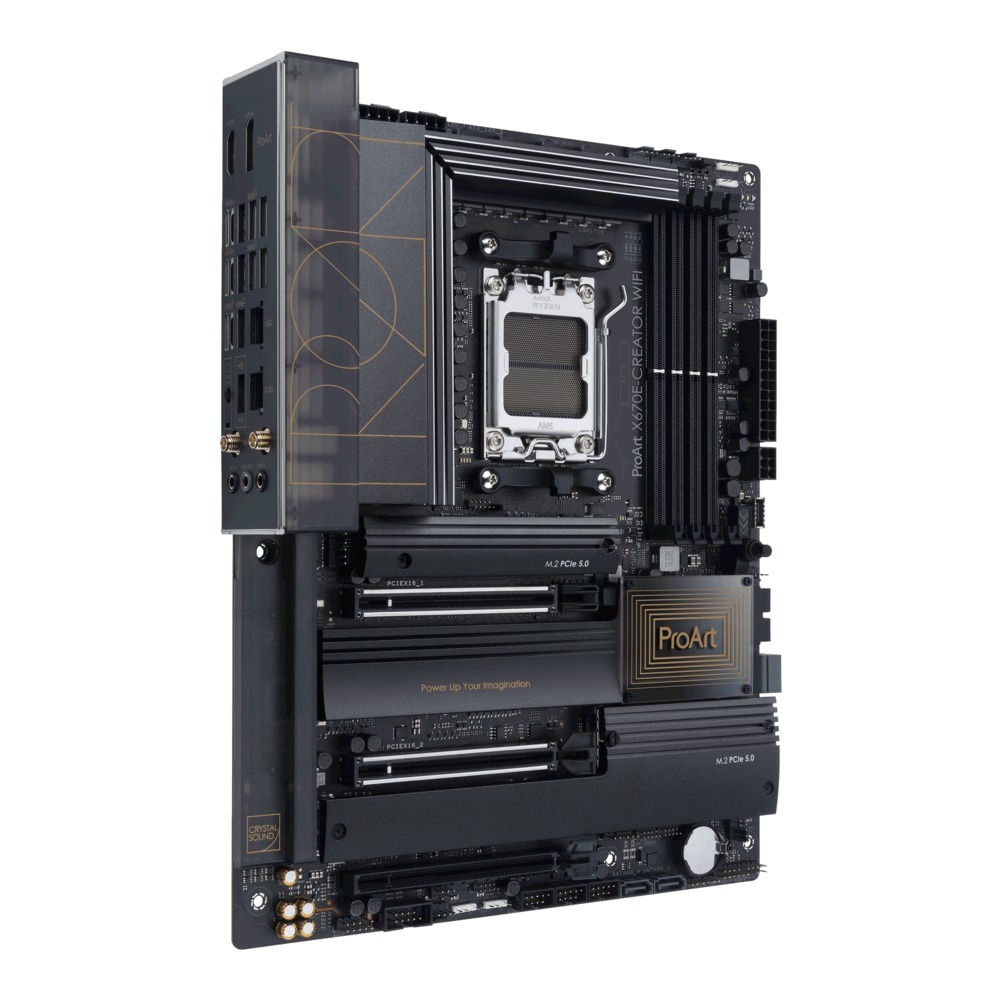 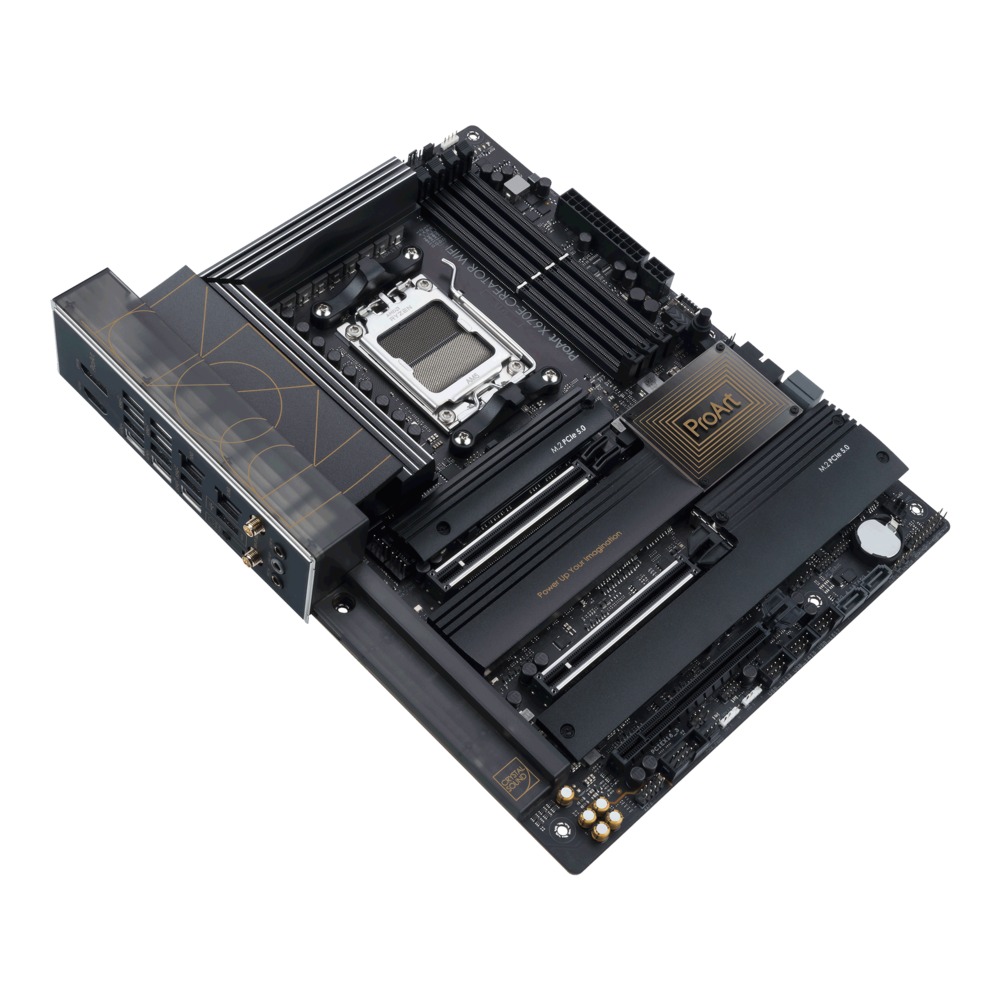 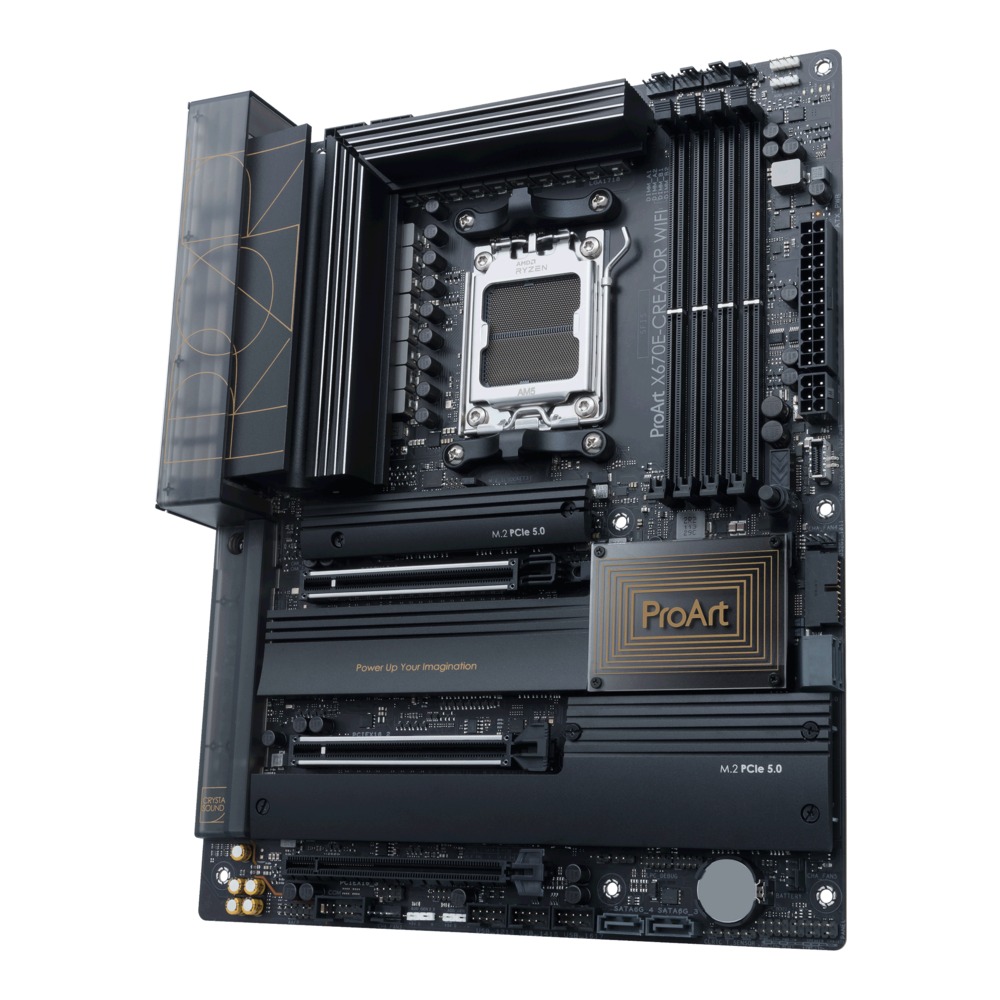 Previous Next
The Asus ProArt X670E-Creator WiFi is an ATX motherboard for AMD's new AM5 socket and Ryzen 7000 Series processors. It offers a great combination of features, I/O ports, and build quality.

In terms of connectivity, this board is very well equipped with eleven total USB ports (including two USB 4.0), 2.5 and 10Gbps LAN ports, WiFi 6E, Bluetooth 5.2, and surround sound audio outputs. Because the new Ryzen 7000 CPUs have onboard graphics there is also an HDMI connection, and the pair of USB 4.0 ports can carry graphics output as well.

Internally this motherboard has four DDR5 memory slots, supporting up to 128GB of RAM. For storage, there are four SATA III ports plus four M.2 slots - one of which shares lanes with the PCI-Express slots. Speaking of expansion slots, there are two PCIe 5.0 slots, operating in one x16 or two x8 lane modes, for GPUs or other high-speed expansion cards. There is also a single PCIe 4.0 slot, with just x2 lanes, for less bandwidth-hungry cards.