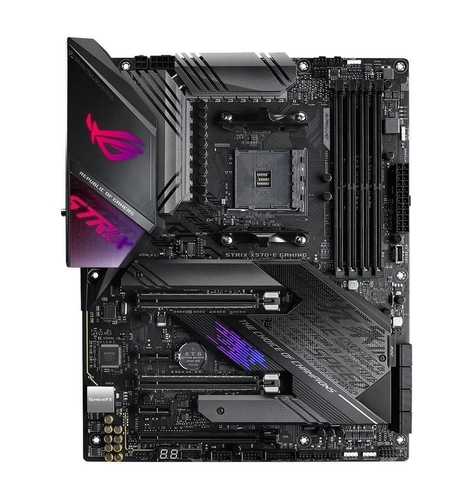 In terms of connectivity, this board is well equipped with eight USB ports (one of which is a Type C), wired and wireless networking, and both digital and analog audio outputs. It also has HDMI and DisplayPort connections, but those only function when a CPU with integrated graphics is used - and we don't offer those in our systems here at Puget, as that feature is limited to the lowest-end processors in AMD's line.

Internally this motherboard has four DDR4 memory slots, supporting up to 128GB of RAM, and eight SATA III ports plus two M.2 slots for connecting drives. Five PCI-Express 4.0 slots of various sizes are available to handle a wide range of expansion cards.