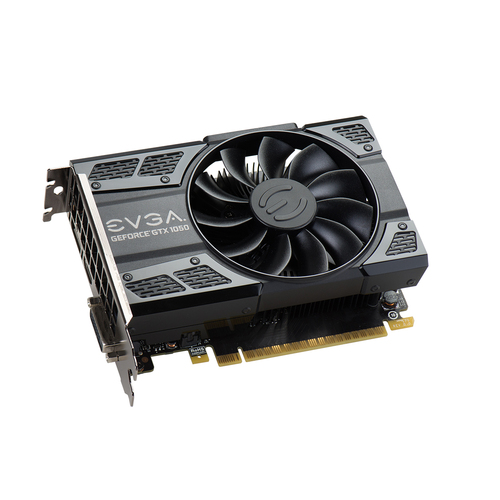 NVIDIA's GeForce GTX 1050 is an entry-level graphics cards using the Pascal architecture. Though based on the same technology as the faster 1000-series cards, the GTX 1050 has been cut down to reduce cost and power usage - resulting in a very efficient card which does not require any extra power connections. Those changes limit performance as well, so the 1050 is only about half the speed of the 1060 when it comes to gaming and other GPU-intensive applications.

In addition to its high efficiency and low price tag, the GTX 1050 also has the same under-the-hood improvements that the other Pascal cards feature. In terms of major standards, the 1050 includes support for CUDA, DX12, and NVIDIA's 3D Vision technology. Finally, it supports three monitor outputs which can all be used at the same time: DVI, HDMI, and DisplayPort.

Oh! Do note that the GTX 1050 Ti will offer a little bit better performance, and potentially at about the same price. So check that out if it's available.