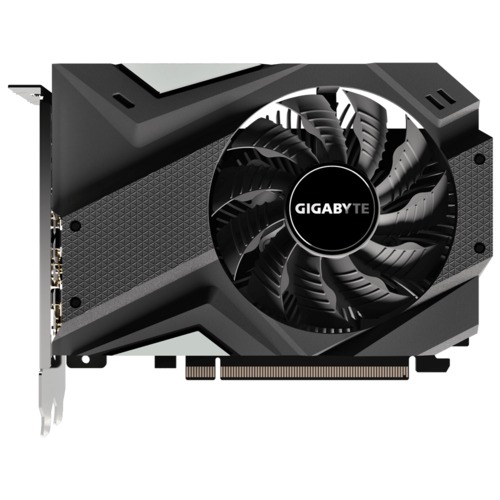 This particular model from Gigabyte is short-depth, allowing for a better fit in compact cases, and has a single-fan, open-air cooling system. That is fine for keeping a single card cool, and although it does vent heat back into the chassis (rather than outside of the case) the 1650 generates very little heat to begin with. If you plan to have multiple video cards, though, a model with a blower-style fan and rear heat exhaust will be a better choice.

Finally, in regards to connectivity, the GTX 1650 supports up to three monitors. Two HDMI 2.0b ports are provided, along with one DisplayPort 1.4.