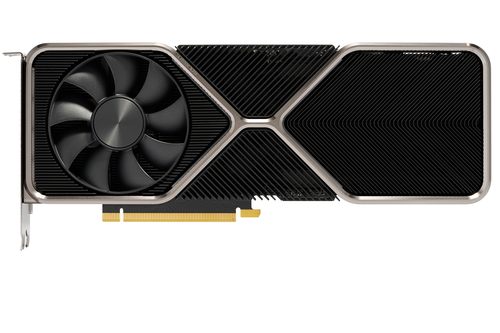 The "Founders Edition" 3080 Ti from NVIDIA sports a dual-fan cooling system, which is in fact the same size and style of cooler that their RTX 3080 has. However, this card draws more power and generates more heat - so under load it will run louder than the RTX 3080 (or the 3090, which uses a much bigger cooling system). While it is able to keep a single card cooled adequately, most of the heat is pumped back into the computer. That makes these a poor choice for use in multi-GPU systems. In those cases, a different video card with a blower-style fan and rear heat exhaust would be much better.