It's 10 PM on a school night, and I know where my kids are, but not my files.

It all started when the post office delivered a manila envelope, sealed with enough packing tape to wrap a small country. That was the first clue that my father was the sender.

I found another envelope inside. I opened that to find a flash drive full of pictures he'd taken over the past decade or two. I finally remembered that I'd offered to create a picture story for their upcoming 50th wedding anniversary.

So I began the process of copying thousands of pictures from the flash drive to my computer. But where should I save them?

Do you recall a time when your computer housed a single hard drive? I would spend hours meticulously organizing my folders and files. Windows Explorer was too pedestrian for my tastes so I experimented with a number of Explorer alternatives such as xplorer2 to organize all my documents and budding MP3 collection. 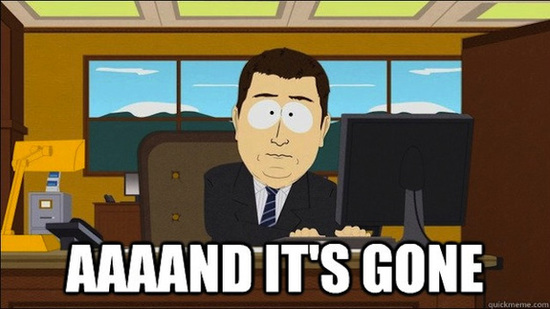 For as much pride as I used to take in organizing my files, I couldn't have moved further from that today.

I now have more local storage than I know what to do with. I boot Windows off a fast SSD, and store my music, video and documents on two platter drives. And this is where setup runs into trouble. I'm never quite certain what applications should run off my SSD and which should remain on my platter drives. And should I accept their default save locations or change them based on my configuration?

Of course, I run all my games and Photoshop off my SSD, but what about Office or Turbo Tax or Dropbox? Or iTunes. Oh man, iTunes. I'm scared to look at how many iTunes library folders I have saved over the years. This is what keeps me from updating my PC. There's no way I could import the latest iTunes library to a new drive if my life depended on it.

And speaking of Dropbox, cloud storage has only complicated my situation. I began saving files I wanted to share on an old Microsoft application called Mesh. Dang, I wish Microsoft would have left that little program alone. I then began using DropBox which I still use today. But when I installed Office 365, OneDrive came alone for the ride, and applications such as PowerPoint aggressively push saving files to it.

That brings me to my lonesome Western Digital external drive. It's tiny. It's USB. And from its name (MyPassport) it sounds like it's going places. In reality, it sits in my desk drawer, and only sees the light of day when I'm shamed into backing up files to it after reading articles like this one from Mr. George.

The reality is that I have too many storage options at my fingertips, and eventually it's going to bite me in the butt.

Each year around the end of March, I play a game called, "Find the final version of last year's tax form." A decade ago, the game lasted 15 second. Last month I found no fewer than five 2015 tax documents scattered across my local drives, cloud services and external drives. Finding them was the easy part. Determining which was the final draft took a lot longer.

This may be a pipe dream, but what I want from storage is similar to what I have with my iPhone. I don't want to think about where I save filed. I want a powerful search across all my storage devices/services. And I'm willing to pay to make sure everything is properly backed up. Basically, I want Windows to take the wheel and do all this for me.

Today I have more storage options than ever before. But I'm not sure I'm any better off than when I had one 10 GB drive in my PC and drawer full of Zip drives and that one Jaz drive I never quite trusted.

My goal is to have a storage plan in place before my parents celebrate their 50th wedding anniversary next month. I know I'm flirting with disaster, and I'd rather not have to tell my spouse again how I lost the first four months of pictures of our second child.