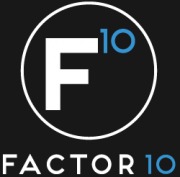 Factor 10 is a full service design studio. Operating out of New Orleans, they've been around for about a decade. They offer consulting for companies, using a team with various different talents, including designers, business consultants, and engineers. Factor 10 works with their customers to develop entire business strategies. Rather than working on a single product or application, Factor 10 will often provide the means to create entire product lines, generating branding, designs, marketing, and providing engineering and research experience that may be beyond their client's ability to do in-house.

What is the system used for? 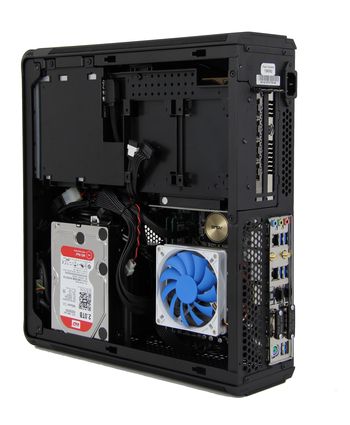 I spoke with Luke Hooper, creative director and co-founder of Factor 10 about the system they purchased with us and the why they chose to work with us.

"We design business, not products."

While they purchased an Echo Pro for the purpose of product design development, Factor 10 incorporates much more into their services, working with companies to develop entire product lines, incorporating branding, marketing, and design.  The Echo Pro is used as part of the product design process, rendering examples of their designs to show Factor 10's clients.  This allows them to give visual demonstrations of what they're designs and processes.  As such, rather than having to rely on vague descriptions, a client is able to have a clear idea of what Factor 10 has in mind for their needs.

The Echo Pro is used with Solidworks and Keyshot to produce product and design renders.  In addition, Luke mentioned using several pieces of the Adobe Suite.  This primarily included Photoshop, InDesign, and Illustrator.  They work with the system using WACOM tablets and several wireless devices, using a wireless pen, the keyboard, and mouse for input.  Some production examples are output via two different 3D printers, the uPrint SE Plus and the formlabs Form 2.

What are some common problems you have while working?

"SolidWorks is a funny beast."

Commenting on his work, Luke mentioned that one of his points towards moving to a new system was that SolidWorks was becoming increasingly unstable on his old system. It's a very resource intensive program, and while it had run with relative stability for quite a while, the old system just wasn't keeping up anymore. Files were loading painstakingly slow and the system would just crash too much. More consistency as needed. Saving early and often was a common practice, as expected, but even with that, it would sometimes not be enough. There were often several programs running at once, and a background program might crash and bring the whole system down.

Using the Echo Pro, Factor 10 has had a much more reliable experience.  With a system roughly a third of the size of the one it replaces, SolidWorks works much more reliably.  They can now run multiple instances of the software, with several background applications running.  They still have the occasional SolidWorks crash, but point to early release versions as a likely culprit.  When I asked if they'd contacted Puget Systems Support, he said that they felt comfortable contacting us, but felt that the hardware itself was working fine, and that the issues he'd noticed seemed to be fixed by the service packs for the software.

Why did you choose Puget Systems?

When I asked about why he went with Puget Systems, Luke mentioned that he'd researched several companies that do system builds.  About eight years ago, he had built the previous system in the Echo Pro's place from scratch, and was considering doing that. However, the time involved was daunting, and while it'd served well for his needs, he was so busy with projects that he couldn't find an opportunity to repeat it.

While doing his research, his first inkling that he might go with Puget Systems was our web site.  He appreciated us from a marketing standpoint.

"Most companies are all about flash.  Black web site, techie things.  Puget's design was clean, to the point."

He said that it was easy to follow and understand.  As a person who works in interface design, he appreciated that. As he continued his research with different companies, Luke called into Puget and spoke with Wilson.

"You could tell he was interested in selling the right system.  He was very sincere, very genuine."

They worked together on a configuration.  Luke described Wilson as having the perfect balance of informational, respectful, and conversational.  He felt very personable.  It's tough to trust someone else, and trust was very important to Luke.  While he'd talked to multiple companies, Wilson was the only one who had earned Luke's trust. After being impressed by our clean presentation, the follow through on the phone call was fantastic.  He appreciated the whole customer experience.