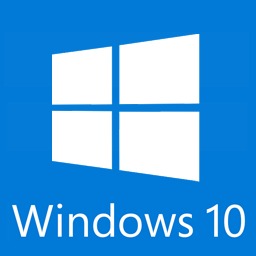 Windows 10 is the newest release of Microsoft's operating system from the middle of 2015. It takes design and appearance cues from Windows 8 / 8.1, but brings back some of the more traditional user interface from Windows 7 and earlier. Most importantly the Start menu makes its return, while integrating aspects of the apps that debuted with Windows 8.

Windows 10 comes in two primary editions: Home and Pro. This is the Pro version, which is aimed at enthusiasts and business users. It has as wide range of features to meet professional demands and expert user needs, and also includes support for dual CPU systems and high amount of RAM.

One of the differences between the Home and Pro versions that is new in Windows 10 is that the Pro version allows for upgrades to be deferred. This is good for businesses and users who value stability, since it means that feature upgrades are delayed for several months to allow Microsoft to perform more testing. You get the upgrades at a later date after they have been more thorough validated. Our experience has shown it to be a very good idea to defer feature updates, and so our PCs with Windows 10 Pro ship with that option enabled.

Jon Bach (President) Says:
We ship Windows 10 Pro with "Defer Updates" checked. This delays the installation of feature updates (but you still get security updates right away). We've found this to be a very good thing. Microsoft seems to be putting significantly less time into testing their updates now -- if you are the first to install an update, YOU are testing it. We recommend NOT being a part of that first group. Defer updates, and when you get the update, it will be well tested, and whatever software you run will have had time to issue updates to fix any problems caused by the new Windows features. We have seen SO MANY computers be broken by buggy Windows 10 updates, so we have decided to ship our Windows 10 Pro computers with this option enabled by default.

Jeff Stubbers (Technology Consultant Lead) Says:
It's here! The long awaited Windows 10 Pro 64-bit is now available. I recommend this over Windows 8.1. Much more user friendly, allows you to delay updates to make sure they are properly vetted, an can recognize up to 2TB system RAM.

I've used Windows 10 a bit pre-release and now since release. It's honestly a huge improvement over both Windows 7 and Windows 8. It takes the best design choices of both versions and pushes them together. There's a bit of a learning curve, as some things have chanced (the Control Panel is unrecognizable different, for example), but the overall fit and finish of the OS is pretty solid.

I do have one point of contention with Windows 10. It's their update model. It's more or less forced on end users now to update when Microsoft pushes an update. This might not be a huge deal, except that Microsoft's updates sometimes happen at inopportune time (despite the functionality that's supposed to wait until the system isn't in use), and Microsoft seems to have taken an approach to test out updates on customers. We've seen a few cases where things go wonky with a customer's system after an update. This leaves us scratching our heads, wondering why their system isn't working, only to have it start working again after a couple of weeks. It's gotten to the point where a common first step with a random issue after a Windows update is to try to do a System Restore to before the update. Only sometimes that doesn't work....

We do set Windows 10 Pro to use deferred updates, which mitigates the issue somewhat. Typically updates have been fairly well tested by the time they hit the deferred release point, but it's still possible for things to break.

Finally, if you intend to use Cortana or the Microsoft Store, you will be forced to make a Microsoft account and tie it to your user account. Not a huge deal, but it means you're feeding info back and forth with Microsoft. Some folks will be bothered by that. The other thing is that while Windows 10 has pretty solid driver support, there are going to be a few devices that won't have official support. Not common, but something to consider.