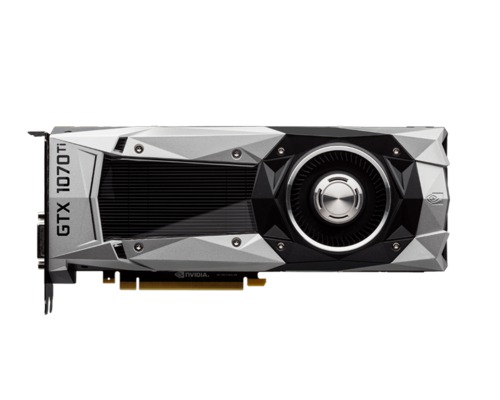 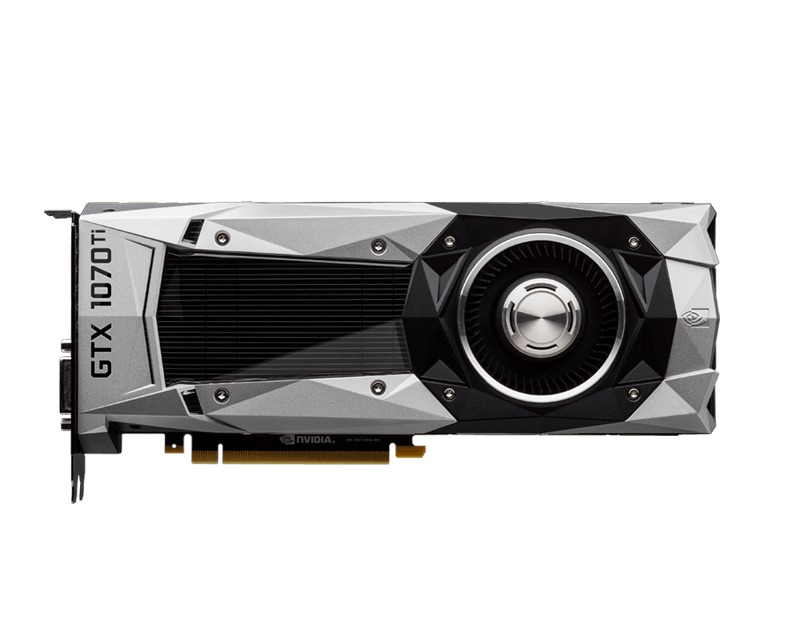 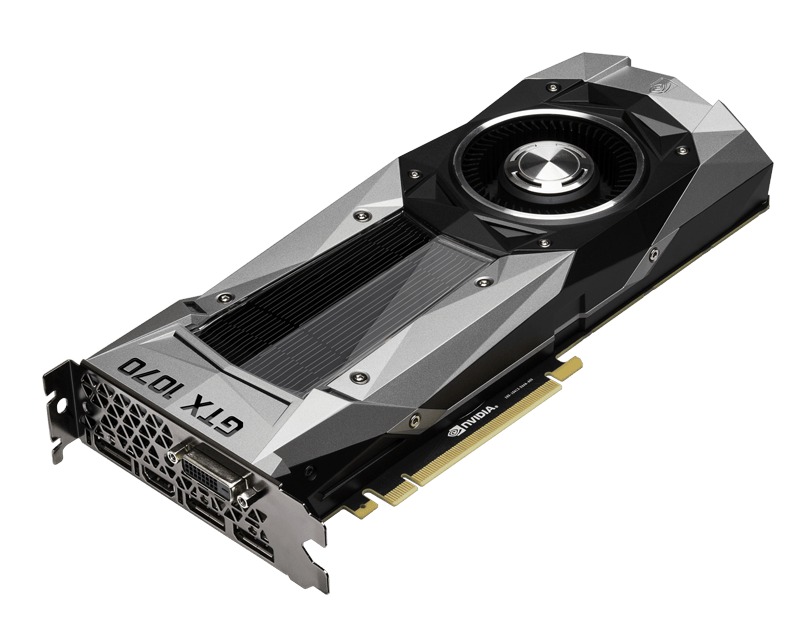 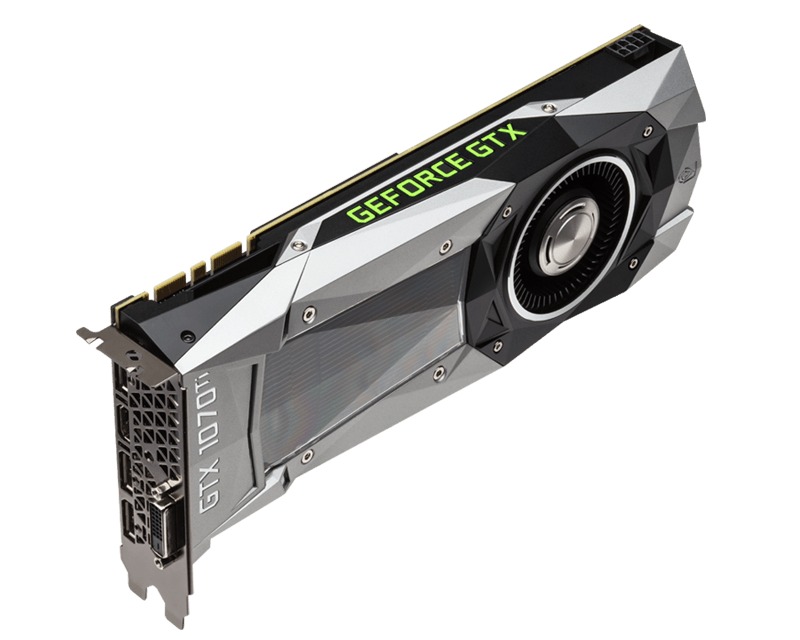 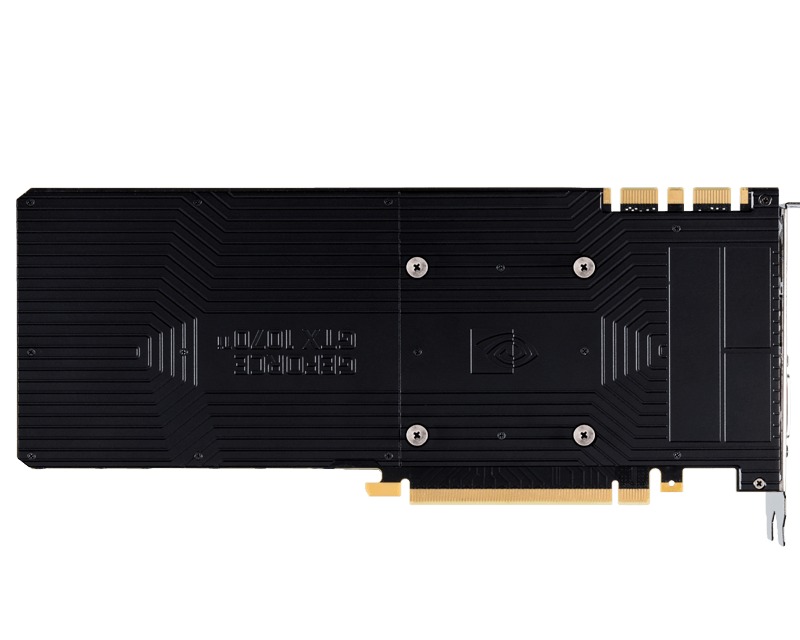 Previous Next
NVIDIA's GeForce GTX 1070 Ti is the last high-end graphics cards to be released using the Pascal GPU architecture, which debuted a year and a half earlier with the original GTX 1070 and 1080. The GTX 1070 Ti falls between those two models in terms of performance, near the 1080 in many applications while having a price point much closer to the affordable 1070. Thanks to more CUDA cores and higher clock speed, though, power consumption (180W) and noise are right on par with the 1080.

Like all of the Pascal-based GeForce 10-series cards, the GTX 1070 Ti also has under-the-hood improvements tailored to boosting virtual reality and multi-monitor performance. It is excellent at maintaining good frame-rates in games and VR experiences, even in graphics-laden titles and at high resolutions, and includes support for CUDA, DX12, and NVIDIA's 3D Vision technology. Finally, it supports up to 4 usable display outputs across five physical connections: DVI, HDMI, and three DisplayPorts.

William George (Product Development SME) Says:
The GTX 1070 Ti basically splits the difference between the original 1070 and 1080 models. If you were considering a vanilla 1070 you might as well get this instead, as it isn't all that much more expensive for a nice performance boost (at least in games and other applications that heavily use the video card). It comes remarkably close to the GTX 1080 I own as well, considering the much lower price. I think I'd have a hard time recommending the older 1070 and 1080 today; the 1070 Ti and 1080 Ti offer better price:performance ratios in my opinion, though if prices drop on the older cards as a result they are still all based on the same tech.

In terms of cooling, this version is NVIDIA's reference design, often called the "Founders Edition" - with a nice heatsink and blower fan to exhaust the card's waste heat out the back of the computer.