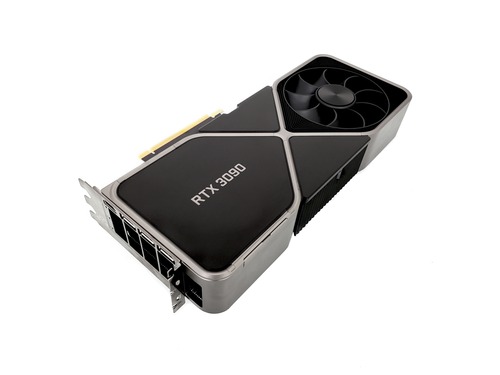 This variant, directly from NVIDIA, uses a unique dual-fan cooling layout. It is a great design for keeping a single card running cool and quiet, venting some heat out the back of the computer while circulating the rest upward within the case. However, it puts off a lot of heat and is wider than traditional cards - so this version is a poor choice for use in multi-GPU systems. If you want to run two or more cards, using models with a blower-style fan and rear heat exhaust would be much better.