There are many types of Machine Learning and Artificial Intelligence applications – from traditional regression models, non-neural network classifiers, and statistical models that are represented by capabilities in Python SciKitLearn and the R language, up to Deep Learning models using frameworks like PyTorch and TensorFlow. Within these different types of ML/AI models there can be significant variety as well. The “best” hardware will follow some standard patterns, but your specific application may have unique optimal requirements.

Our recommendations will be based on generalities from typical workflows. Please note that this is focused on ML/DL workstation hardware for programming model “training” rather than “inference”. The Q&A discussion below, with answers provided by Dr. Donald Kinghorn, will hopefully prove useful. We also recommend that you visit his HPC blog for more info.

In the ML/AI domain, GPU acceleration dominates performance in most cases. However, the processor and motherboard define the platform to support that. There is also the reality of having to spend a significant amount of effort with data analysis and clean up to prepare for training in GPU and this is often done on the CPU. The CPU can also be the main compute engine when GPU limitations such as onboard memory (VRAM) availability require it.

What CPU is best for machine learning & AI?

The two recommended CPU platforms are Intel Xeon W and AMD Threadripper Pro. This is because both of these offer excellent reliability, can supply the needed PCI-Express lanes for multiple video cards (GPUs), and offer excellent memory performance in CPU space. We generally recommend single-socket CPU workstations to lessen memory mapping issues across multi-CPU interconnects which can cause problems mapping memory to GPUs.

The number of cores chosen will depend on the expected load for non-GPU tasks. As a rule of thumb, at least 4 cores for each GPU accelerator is recommended. However, if your workload has a significant CPU compute component then 32 or even 64 cores could be ideal. In any case, a 16-core processor would generally be considered minimal for this type of workstation.

Brand choice in this space is mostly a matter of preference, at least if your workload is dominated by GPU acceleration. However, the Intel platform would be preferable if your workflow can benefit from some of the tools in the Intel oneAPI AI Analytics Toolkit.

Why are Xeon or Threadripper Pro recommended rather than more “consumer” level CPUs?

The most important reason for this recommendation with ML & AI workloads is the number of PCI-Express lanes that these CPUs support, which will dictate how many GPUs can be utilized. Both Intel Xeon W-3300 and AMD Threadripper Pro 3000 Series support enough PCIe lanes for three or four GPUs (depending on motherboard layout, chassis space, and power draw). This class of processors also supports 8 memory channels, which can have a significant impact on performance for CPU-bound workloads. Another consideration is that these processors are “enterprise grade” and the overall platform is likely to be robust under heavy sustained compute load.

Since the mid 2010s, GPU acceleration has been the driving force enabling rapid advancements in machine learning and AI research. At the end of 2019, Dr. Don Kinghorn wrote a blog post which discusses the massive impact NVIDIA has had in this field. For deep learning training, graphics processors offer significant performance improvements over CPUs.

What type of GPU (video card) is best for machine learning and AI?

NVIDIA dominates for GPU compute acceleration, and is unquestionably the standard. Their GPUs will be the most supported and easiest to work with. There are other accelerators such as a few of the high end AMD GPUs, FPGAs from various manufacturers, and other emerging ML acceleration processors that have potential – but their availability and usability at this time will preclude our recommending them. 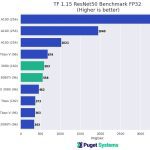 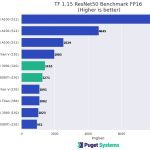 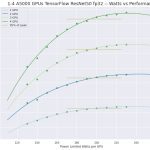 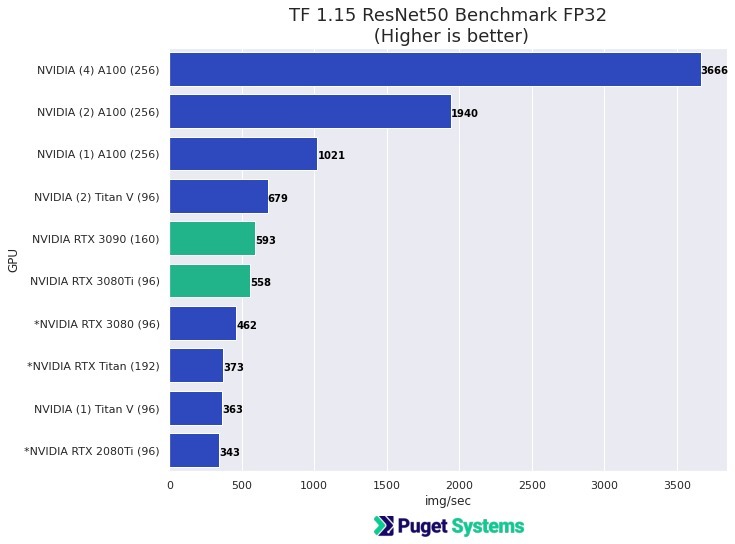 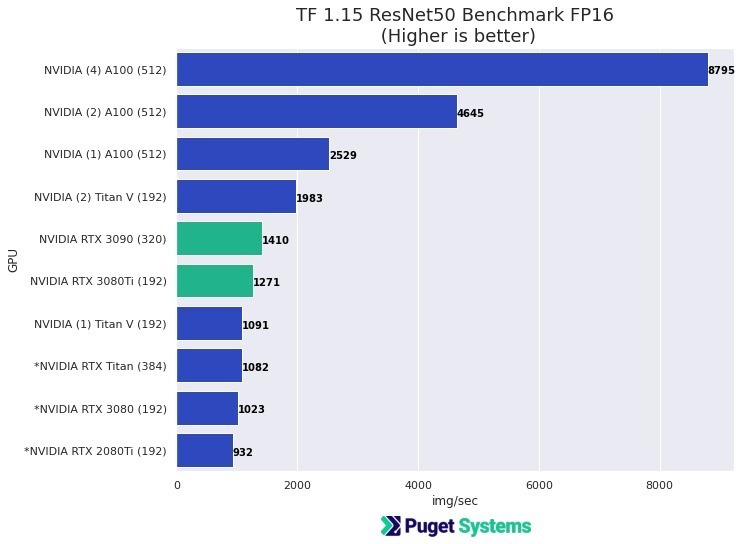 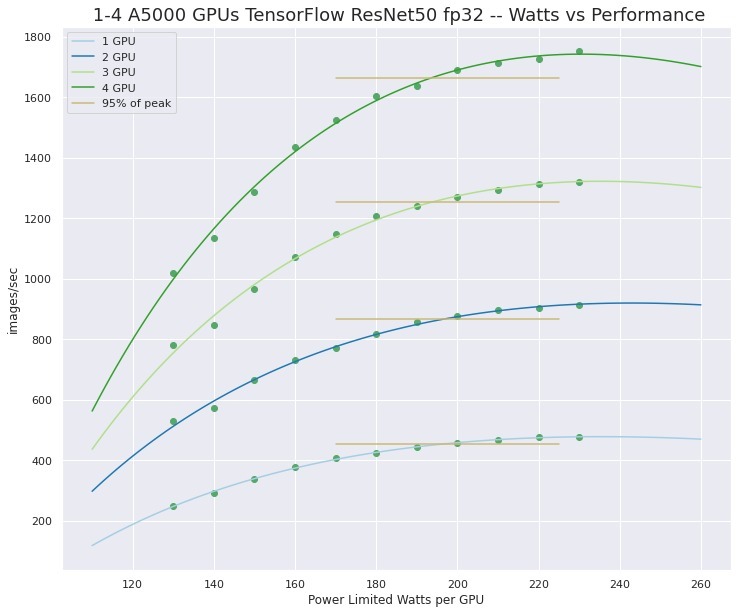 What video cards are recommended for machine learning and AI?

Almost any NVIDIA graphics card will work, with newer and higher-end models generally offering better performance. Fortunately, most ML / AI applications that have GPU acceleration work well with single precision (FP32). In many cases, using Tensor cores (FP16) with mixed precision provides sufficient accuracy for deep learning model training and offers significant performance gains over the “standard” FP32. Most recent NVIDIA GPUs have this capability, except for the lower-end cards.

Consumer graphics cards like NVIDIA’s GeForce RTX 4080 and 4090 give very good performance, but may be difficult to configure in a system with more than two GPUs because of their cooling design and physical size. “Professional” NVIDIA GPUs like the RTX A5000 and A6000 are high quality, tend to have more onboard memory, and work well in multi-GPU configurations. The RTX A6000 in particular, with its 48GB VRAM, is recommended for work with data that has “large feature size” such as higher resolution images, 3D images, etc.

How much VRAM (video memory) does machine learning and AI need?

This is dependent on the “feature space” of the model training. Memory capacity on GPUs has been limited and ML models and frameworks have been constrained by available VRAM. This is why it’s common to do “data and feature reduction” prior to training. For example, images for training data are usually of low resolution since the number of pixels becomes a limiting critical feature dimension. However, the field has developed with great success despite these limitations! 8GB of memory per GPU is considered minimal and could definitely be a limitation for lots of applications. 12 to 24GB is fairly common, and readily available on high-end video cards. For larger data problems, the 48GB available on the NVIDIA RTX A6000 may be necessary – but it is not commonly needed.

Will multiple GPUs improve performance in machine learning and AI?

Generally yes. We default to multiple video cards in our recommended configurations, but the benefit this offers may be limited by the development work you are doing. Multi-GPU acceleration must be supported in the framework or program being used. Fortunately, multi-GPU support is now common in ML and AI applications – but if you are doing development work without the benefit of a modern framework, then you may have to cope with implementing it yourself.

Also keep in mind that a single GPU like the NVIDIA RTX 3090 or A5000 can provide significant performance and may be enough for your application. Having 2, 3, or even 4 GPUs in a workstation can provide a surprising amount of compute capability and may be sufficient for even many large problems. It is also recommended to have at least two GPUs when doing development work to enable local testing of multi-GPU functionality and scaling – even if the “production” jobs will be off-loaded to separate GPU compute clusters.

Do machine learning and AI run better on NVIDIA or AMD?

There is some work being done to make AMD GPUs usable in this domain, and soon Intel will enter the field, but realistically NVIDIA dominates and has over a decade of successful, intense research and development work behind there GPUs for compute.

Do machine learning and AI need a “professional” video card?

No. NVIDIA GeForce RTX 3080, 3080 Ti, and 3090 are excellent GPUs for this type of workload. However, due to cooling and size limitations, the “pro” series RTX A5000 and high-memory A6000 are best for configurations with three or four GPUs. Historically, modern ML/AI was developed on NVIDIA gaming GPUs and they are still very common for development workstations. For the most demanding workloads, the amazing NVIDIA compute GPU the A100 can be used in rackmount configurations. They are very expensive but performance is stunning.

Do I need NVLink when using multiple GPUs for machine learning and AI?

NVIDIA’s NVLink provides a direct, high performance communication bridge between a pair of GPUs. Whether this is beneficial or not is problem-type dependent. For training many types of models it is not needed. However, for any models that have a “history” component such as RNNs, LSTM, time-series and especially Transformer models, NVLink can offer a significant speed up and is therefore recommended. Please note that not all NVIDIA GPUs support NVLink, and it can only bridge two cards. 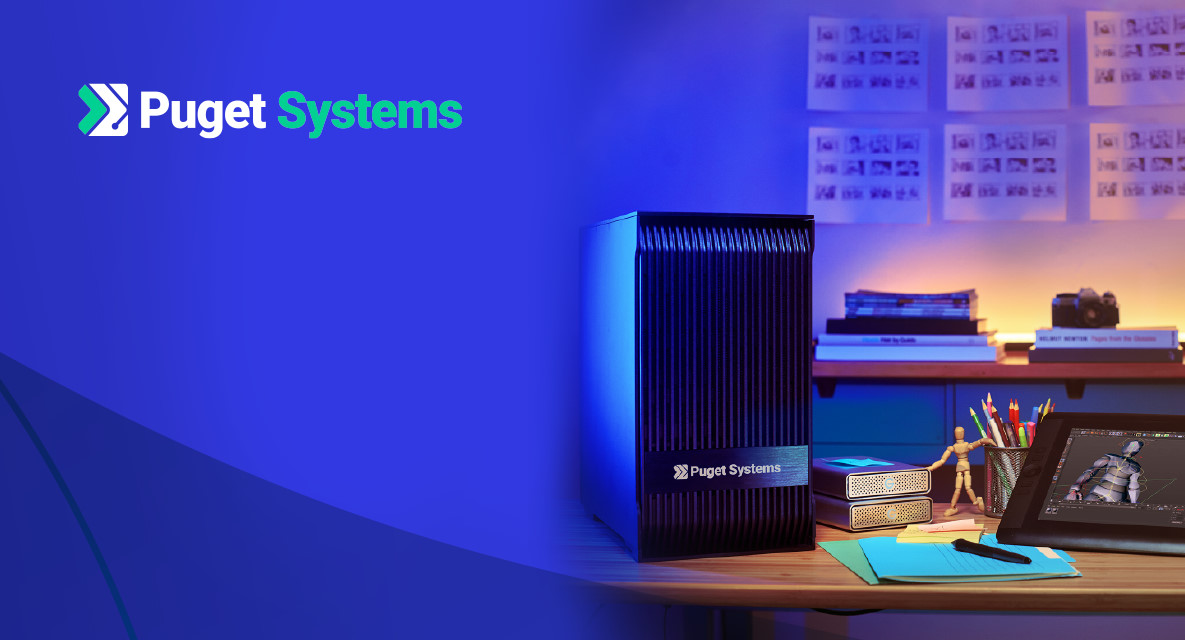 Memory capacity and performance on the CPU side of an ML/AI system is, of course, dependent on the jobs being run but can be a very important consideration and there are some minimal recommendations.

How much RAM does machine learning and AI need?

The first rule of thumb is to have at least double the amount of CPU memory as there is total GPU memory in the system. For example, a system with 2x GeForce RTX 3090 GPUs would have 48GB of total VRAM – so the system should be configured with 128GB (96GB would be double, but 128GB is usually the closest configurable amount).

The second consideration is how much data analysis will be needed. It is often necessary (or at least desirable) to be able to pull a full data set into memory for processing and statistical work. That could mean BIG memory requirements, as much as 1TB (or rarely even more) of system memory. This is one of the reasons we advise using workstation and server-grade processors: they support substantially more system memory than consumer chips.

Storage is one of those areas where going with “more than you think you need” is probably a good idea. Minimum requirements here are similar to CPU memory requirements. After all, your data and projects have to be available!

What storage configuration works best for machine learning and AI?

It’s recommended to use fast NVMe storage whenever possible, since data streaming speeds can become a bottleneck when data is too large to fit in system memory. Staging job runs from NVMe can reduce job run slow downs. NVMe drives are commonly available up to 4TB capacity.

Together with the fast NVMe storage for staging jobs, more traditional SATA-based SSDs offer larger capacities which can be used for data that exceeds the capacity of typical NVMe drives. 8TB is commonly available for SATA SSDs.

Platter drives can be used for archival storage and for very large data sets. 18TB+ capacities are now available.

Additionally, all of the above drive types can be configured in RAID arrays. This does add complexity to the system configuration and may use up slots on the motherboard which would otherwise support additional GPUs – but can allow for storage space in the 10 to 100s of terabytes.

Should I use network attached storage for machine learning and AI?

Looking for a ML / AI workstation?