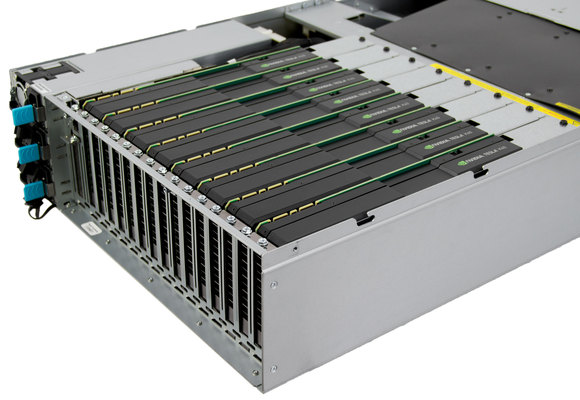 This 3U, 8 x NVIDIA Tesla K40 system has an incredibly high compute density. With a peak performance of over 13 TFLOP/s double precision and over 40 TFLOP/s single precision this system is powerful enough to have been ranked on the top 500 SuperComputer list as recently as 2007. In comparison, the 2007 supercomputer it would have beat had over 200 nodes occupying at least 5 full racks and cost over 1 million dollars!

With today's technology, you don't need nearly the budget or physical space to get this amount of compute power. This particular system is intended for use in GIS (Geospatial Image System) analysis, but there is a long and growing list of real-world applications that can benefit from NVIDIA GPU acceleration. While not a complete list by any means, these applications include: