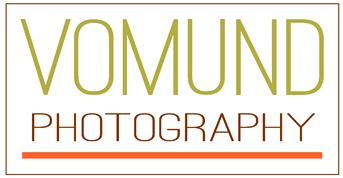 Rob graduated from college with degrees with marketing and communication and went to work for a software firm where he remained for 22 years. After leaving the software business, he took some time off to consider what he wanted to do next. He eventually decided to do something completely different and "reboot" his career by diving into photography using many of the same skills that worked well for him in sales and marketing in the software business. He surveyed the competitive landscape before deciding to target large home building companies.

"My dad loved photography.  He was always taking photos when I was a kid, so I was exposed to it early.  My first camera was a Roliflex 35mm film camera that my parents bought for me when I was a teenager.  I loved shooting nature landscapes.  But photography was purely a hobby before I started my business in 2007."

Rob primarily uses camera equipment from Canon which includes their 5D Mark III camera bodies.  His two “go to” lenses are the Canon TS-E 24mm and 17mm tilt-shift lenses. Those specialized wide angle lenses allow him to shoot home interiors and exteriors while keeping the vertical architectural lines straight up and down, which is a requirement.

For all interior shots he controls his camera and lighting from a tethered laptop. This enables him to immediately see exactly how each shot looks. For exterior twilight shots, which are very common, he shoots using his cell phone with a Wi-Fi connection to the camera.  This lets him walk around the scene with a hand held lighting unit and capture varying images that light individual parts of the scene.  These are later merged together to create a final image. 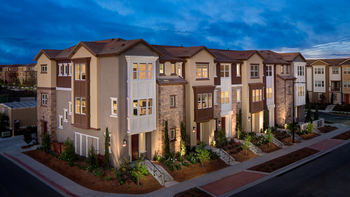 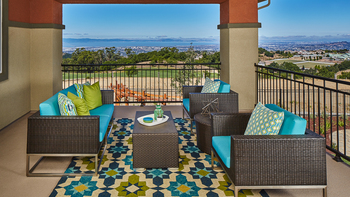 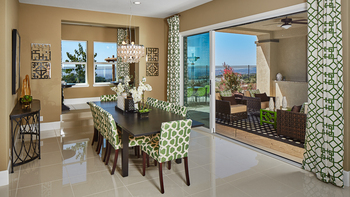 Rob's business falls in-between a couple of photography niches. There are a large number of "real estate" photographers who work for agents. They typically shoot an entire home in 90 minutes and produce 20 to 25 images. Some call that “gun and run” photography, as success is predicated on working fast.  At the other end are the true architectural photographers.  They might work all day to produce 4-5 final images.  Rob's work falls between these two groups.  It typically takes him about 10-12 hours to shoot a home resulting in 15 to 20 final images.

In order to spend more time behind the camera, Rob partnered with a colleague who edits his photos and processes his video tours. But he still does some of his own processing and editing work and hasn't stopped inspecting and adjusting every image he shoots. His software needs include the following:

Rob has used Dell computers back when they offered more customization options. He also considered having a local computer store build him a system. But he needed to know that everything would work, and didn't have time to spend troubleshooting incompatible components or searching for stray drivers. Basically, he wanted a system with "no surprises" and that's when he turned to Puget Systems.

"The file sizes I work with are large, my time is valuable and I need things to move along quickly in my work flow process. A less powerful computer could add significant times onto the processing of each image.  I have seen photographers send an image from Lightroom to Photomatix, and walk away for a bit knowing it will take 2-3 minutes for their images to process."

In order to provide optimal performance for Lightroom, Photoshop and Premiere, we built Rob a fully customized system starting with a fast quad-core Intel processor.

We selected an NVIDIA graphics card that's optimized for Photoshop and Lightroom. We also gave Rob enough memory to handle the large RAW files he works with each day. We rounded out our solution with a couple of high-performance SSDs along with a large mechanical drive to which large projects can be saved. 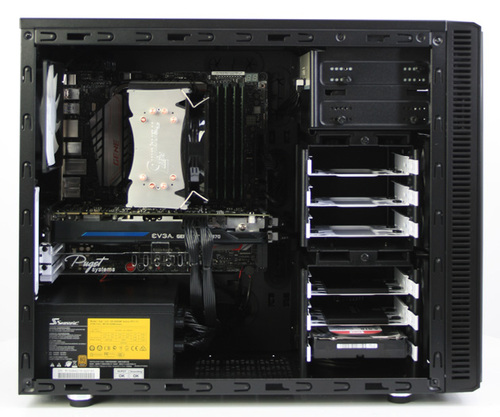 While the system is built for performance, we knew Rob would appreciate a system crafted with quiet operation in mind. By using high quality components along with a number of custom fan and BIOS tweaks, Puget Systems was able to deliver a system that wouldn't distract from the work at hand.

Rob's new system can send images from Lightroom to Photomatix and have them processed in 5-10 seconds instead of 2-3 minutes.

"When my PC arrived from Puget Systems I was blown away...everything was of such a high quality, from the packaging to the build of the computer.  And when I fired it up it was silent.  And I mean more silent than I ever thought possible.  My office was suddenly missing that familiar “hum” of fan units, which is something I don’t miss!"

Rob has built Vomund Photography on partnerships one client at a time in an environment where relationships are key. When he took delivery of his new system, an issue cropped up, but support jumped in immediately to solve the problem. Knowing that someone is there to help when the need arises provides the peace of mind that allows Rob to focus on growing his business instead of dealing with computer issues.

"When I’m on a tight deadline for delivery I need everything to work, with no surprises. I want the hardest thing for a PC company to deliver; a custom built machine that is fully tested like a packaged machine would be. Puget Systems offered to me the solution closest to this."

Puget Systems has built thousands of workstations that are customized to run the programs photo and video editors use most often. Their sales consultants will listen to your needs and help you configure a solution that meets them without all the fluff and extras that add complexity and cost yet do nothing in terms of improving performance.

Are your needs similar to those of Vomund Photography? If so, we can build a system for you.

Looking for a photography workstation?

Puget Systems has configurations tailored toward the most popular photo and image editing applications.