METECS is an automation, simulation, and software company headquartered in Houston Texas near NASA’s Johnson Space Center. They are a small business with approximately 25 employees with expertise in the areas of simulation, 3D graphics, multibody dynamics, contact dynamics, robotics, software, and automation. METECS has participated in many simulation and graphics projects at Johnson Space Center over the years. Furthermore, the tools that they develop and maintain are used in many of the training and analysis simulation projects that are used at JSC.

HERA is a unique, modular, three-story habitat that was designed and created through a series of university competitions and was previously used in the Desert Research and Technology Studies in the Arizona desert.

It provides for a simulated long duration spaceflight where participants are isolated in a mission for between 30-60 days. It serves as an analog for simulation of isolation, confinement, and remote conditions of mission exploration scenarios. 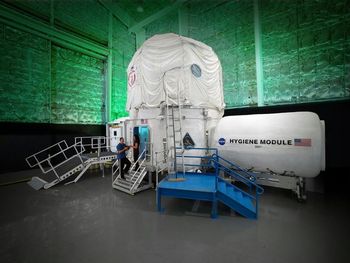 Some challenges that the METECS team needed to overcome included:

In order to meet all of the requirements for this project, Puget Systems designed two systems – one for the VR image generation and one for the tracking of the crewmember’s hands. 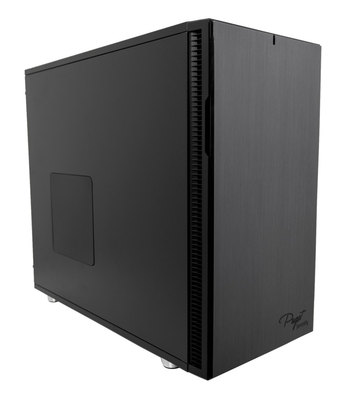 In order to produce the high framerates needed for the HERA VR headsets, the system needed a strong NVIDIA-based GPU and a CPU with a high CPU clock speed. In addition, since the VR headsets have a fixed length cable to the image generator (IG) workstation, the workstation itself could not be too far from the crewmembers. This made noise isolation a concern.

In order to provide both performance and low noise, METECS used a system from the Puget Systems Serenity line of PCs. Not only does this line offer extremely low noise levels, but they were also able to use a high-end Intel Core i7 6700K CPU operating at 4GHz as well as an NVIDIA GTX 980 video card. 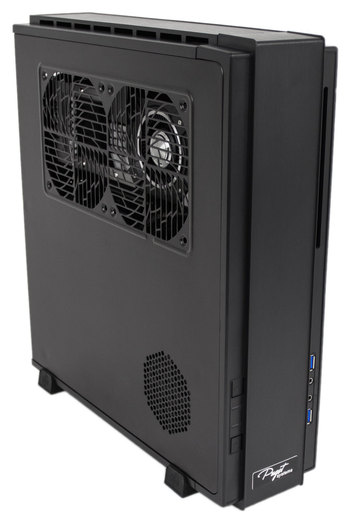 A second workstation was required to run a tracking software, from Optitrack, to track the crewmember’s hands. A compact system with future expandability was desired. For this, a Puget Echo Pro solution was used as it allowed for space saving as well as the ability to upgrade the machine in the future with a full size video card.

In addition to the hardware, Puget Systems allows customers to order PCs with Linux preinstalled (or without an OS) which allowed METECS to both save money for the project. Both of these IG workstations ultimately had Xubuntu 14.04.3 installed on them for the project, so a Windows OS was not needed.